It's No Sin To Use Your Cell Phone In This Church 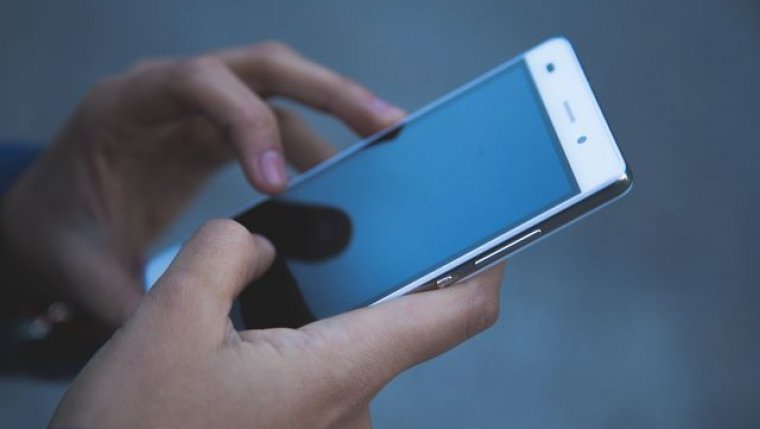 CAMPBELL RIVER, Canada — It’s no sin to use a mobile device during Sunday service at the Campbell River Baptist Church.

Pastor Jeff Germo calls it a blessing when he sees parishioners in the pews staring down at their mobile device screens rather than up at him at the pulpit.

It means the congregation is engaged with the topic he’s discussing, such as a recent sermon on failure. Have you failed? Have you dealt with failure and moved on or is it holding you back?

Germo is among the first pastors in the world to use a Swedish developed communications technology, Mentimeter, to make online, real−time spiritual connections with his flock while preaching. Mentimeter, used widely in corporate board rooms and academic lecture settings, is an interactive survey tool that posts instant answers and results to the mobile devices of those connected to the event.

At the church auditorium in Campbell River, Germo started his sermon by asking parishioners to take out their smartphones and tablets, click on a Mentimeter link and punch in a code.

Moments later an email arrived asking parishioners if they had ever failed terribly.

Germo expressed amazement that any member of the congregation said they had never experienced failure.

"If you are more than a year old, you probably would have failed at something," said Germo as a man at the back of the auditorium of about 250 people raised his hand to acknowledge he chose the no failure answer.

But as the sermon continued, large display screens showed the majority of the survey participants replied they have experienced failure and are trying to get over it.

"When you look at the right side of the graph, most people are experiencing some difficult things and have a hard time getting over failure," Germo said. "So, you are not alone."

The sermon then took a more traditional direction with Germo using scripture from the Bible to discuss how Jesus helped his disciples come to terms with their own failures and help others with their lives.

"Failure is an option," said Germo. "We have to know it is OK or growth is impossible. Jesus says I want you to learn from your failure. You can teach others."

Germo said he discovered Mentimeter while doing a Google search on live polling and decided to try it out.

"The biggest thing it does is it helps people to engage and we’re always looking to different ways for engagement," he said after the recent Sunday service. "We don’t just want to have a bunch of people sitting with their bums in the pew."

Germo said the immediacy of the connection brings another spiritual element to the service through the technology.

"I think it does help get the heart engaged," he said. "It’s actually something visceral instead of just sitting there listening to a talking head. They’re involved in the process."

Johnny Warstrom, Mentimeter’s chief executive officer, said the platform has 25 million users in 120 countries, but few are churches. The main users are communications agencies, global corporations and universities, he said in an interview from Stockholm.

Warstrom said it is fascinating and creative that "somehow the priest connected to Mentimeter. He’s obviously a very creative person who actually dared to introduce this to a very traditional setting."

"I do all the polls," she said. "It’s good to know that I’m not alone and that other people feel the same way."