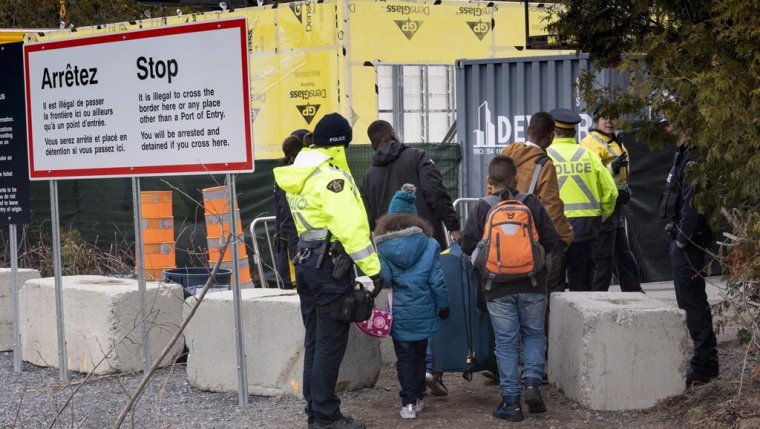 OTTAWA — The federal government has spent over $270 million on irregular border crossers over the last year and a half, according to government figures submitted to the parliamentary budget office.

The figures were requested by Parliamentary budget officer Jean−Denis Frechette in early July and were recently released to members of the immigration committee.

All four agencies involved in dealing with irregular migration — RCMP, Immigration, Public Safety Canada and the Immigration and Refugee Board — submitted amounts they have spent every month since early 2017 when the influx of asylum seekers began to ramp up.

Conservative immigration critic Michelle Rempel, who has long been calling for the government to table the costs of irregular migration, says the figures provided by government are incomplete as they do not include the projected costs for deportations, housing, provincial transfers and social services.

The documents also reveal that Canada Border Services Agency officials have noticed a new tactic being employed by border crossers. The officials note that some refugee claimants who have crossed into Canada illegally are now acting as ’anchor relatives’ for family members.

This allows their spouses and children to cross at an official border entry and not be considered irregular migrants.