Helicopters Rescue 160 People Off Mountain in Jasper After Tramway Stalls 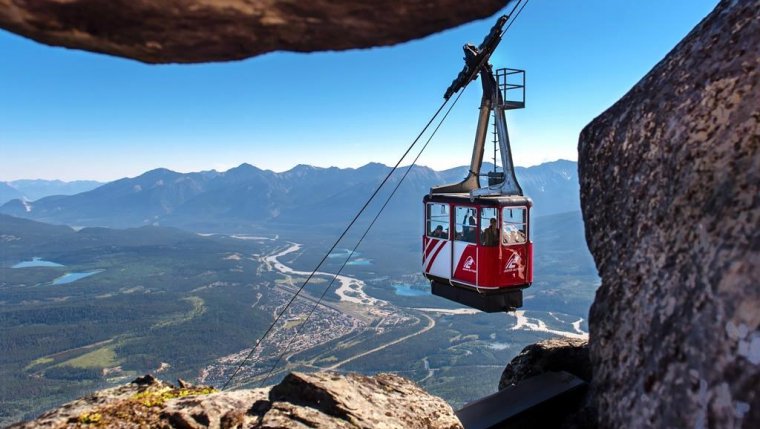 JASPER, Alta. — Dozens of people were flown off a mountain in Jasper National Park by helicopter after they were stranded by a power failure that stopped a tramway.

About 160 people, including 10 staff, were stranded either on the top of Whistlers Mountain around 4 p.m. Monday or on the tram car going up.

"Each tram car holds about 20 to 25 people," said Brian Rode, vice president of marketing and sales for the Jasper Skytram and Ski Marmot Basin. "It was about half full and the tram was maybe about 200 metres from the top.

"We were able to use the auxiliary system ... to move that tram car up into the top station and unload those few people who were on the last car."

Ski Marmot, the tram operator, then brought in two helicopters to get everyone off the mountain.

About 110 people were flown off Monday night and the rest were picked up Tuesday morning after spending the night at a building on top of the mountain.

The Jasper Skytram is described as the highest and longest aerial tramway in Canada.

"With those gusts and that wind, we ended up getting a few power surges and spikes in town," he said. "That affected and hit one of our circuit panels ... and that caused the Skytram to shut down."

He said no one was hurt, but noted they will conduct a review to see what went wrong and whether it can be prevented.

The Skytram, which was built in 1964, remains closed.

"Now we turn our attention ... to what exactly is the root of this problem and what can be done to prevent it in the future," said Rode. "These things are rare and often at the mercy of the weather."

Ski Marmot said it hopes to reopen the popular tourist attraction by Thursday — in time for the Canada Day long weekend.

— By Colette Derworiz in Edmonton