Heated Sidewalks in Canada? Why Not? 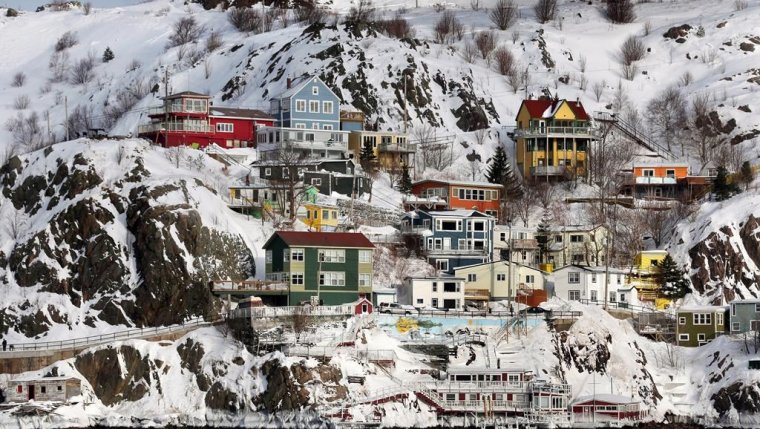 ST. JOHN’S, N.L. — A winter−weary city councillor in St. John’s, N.L., is hoping to resurrect an idea that has been tried, tested and mostly abandoned in other Canadian cities: heated sidewalks.

Sandy Hickman has asked city engineers to look at heating a small section of downtown sidewalk that’s already scheduled for repair work, as a pilot project.

"We’re a snowy city," Hickman says. "It’s something we should at least look at."

Hickman was inspired by other cities that made the idea work, saved money on snow−clearing and built a more hospitable downtown in the process.

Holland, Mich., launched its "snowmelt" system in the late 1980s.

The system pumps hot water through a tubing system under city sidewalks, and has since been expanded to cover 600,000 square−feet of the city’s pavement.

Since then the town of about 33,000 people has become a "regional running mecca," according to its website, attracting visitors and inspiring nearby towns to try out smaller experiments.

Holland also calls its heating system a money−saver, saying it has reduced slips and falls, requires no snow removal, salt or sand, and has extended pavement life.

Reykjavik, Iceland, heats some of its streets with underground geothermal energy, while other Nordic cities use electric heating.

Despite success stories both near and far, heated sidewalks haven’t caught on in the snowy Canadian cities that have considered it, aside from a few small driveways and short paved stretches.

Saskatoon toyed with the idea as part of its plans to redevelop the city core, but officials were not pursuing it as of 2017.

In Montreal, the dream was introduced and then dropped after a change in administration.

The city had announced its plan in 2015. The system was to circulate a mixture of warmed water and glycol warmed by electricity under a 670−metre stretch of Ste. Catherine Street.

But the idea was scrapped due to cost concerns. In December, city officials said they had no current plans to resurrect the previous administration’s idea.

El−Geneidy said the idea seems too costly for such a small area of sidewalk, and could raise maintenance challenges that would disrupt sidewalk use in the future.

"You cannot do it for every single sidewalk, that would be crazy," El−Geneidy said from Montreal.

"We want people to be active and walking in the entire city, active in the suburbs, active everywhere, so we need to clear the snow everywhere."

El−Geneidy suggested incentives for researchers across Canada to come up with cheaper, environmentally friendly chemical snow−clearing solutions, or investing in more ice−breaking machines to get more of the city cleared faster.

Hickman, though, thinks heated sidewalks could put a dent in the sizable snow−clearing budget in St. John’s, which hovers around $15 million per year.

The coloured row houses famed for the character they bring to downtown St. John’s also make clearing roads more difficult. Most don’t have driveways, forcing people to park on the road.

The city’s steep hills also pose challenges for removal. Pedestrians have raised concerns that snow is cleared from roads and pushed onto sidewalks, where it can take days to be removed.

Hickman thinks heating sidewalks could save time and money −− and if it works out downtown, he hopes it could be applied in other pedestrian−heavy areas of town.

He has asked the city’s engineering staff to look at other cities and best practices, and come up with a quote within the next few months.

Hickman suggested using excess power from downtown’s Mile One centre to heat water, but said he’s open to whatever ideas are presented.

If the costs end up being too exorbitant, the pilot likely won’t go ahead, but Hickman thinks it’s worth doing if sidewalks are coming up for work anyway.

"If we can create a good environment for people downtown and create some positivity, I think that’s a good thing for downtown, which should be the focal point of any city," he said.