Goldfish Crackers Recalled Due to Salmonella 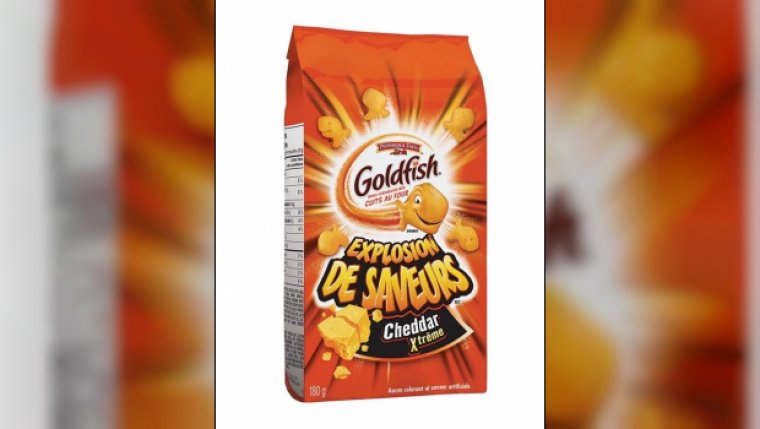 OTTAWA — A brand of Pepperidge Farm goldfish crackers are being recalled due to salmonella contamination.

The Canadian Food Inspection Agency says the Goldfish Flavour Blasted Xtreme Cheddar Crackers sold in both 180−gram and 69−gram packages are being recalled.

The larger packages bear product codes listing several dates for next January and February while the smaller packages display dates for January only.

The CFIA says the recall, initiated by the Campbell Company of Canada, was triggered by a similar action taken in another country.

The federal agency says there have been no reported illnesses linked to eating these products, which should be thrown out or returned to the store where purchased.

Food contaminated with Salmonella may not look or smell spoiled but can still make you sick. Young children, pregnant women, the elderly and people with weakened immune systems may contract serious and sometimes deadly infections.

Healthy people may have short−term symptoms such as fever, headache, vomiting, nausea, abdominal cramps and diarrhea.