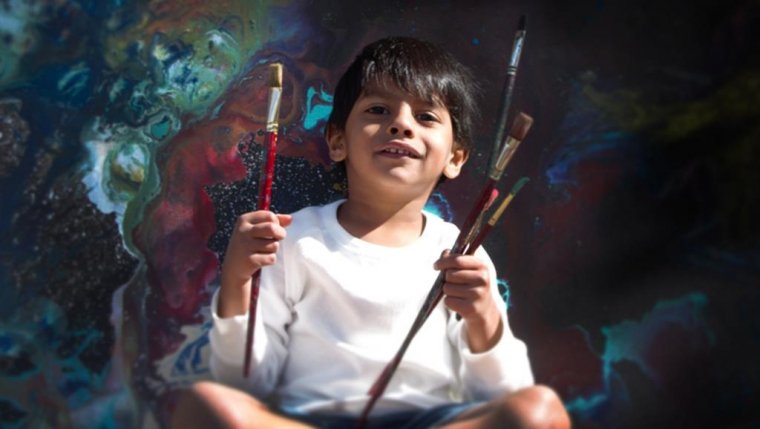 The preschooler is already selling his paintings for thousands of dollars and has had his art featured in three exhibits.

Earlier this month Advait shared his paintings at Artexpo New York, which is touted as the world’s largest fine art marketplace.

His mother Shruti says her son first picked up the paintbrush when he was less than a year old, and had his first solo exhibition at the age of two in his home country of India.

The family moved to Saint John, N.B. from Pune, India, in 2016, and Kolarkar says the community welcomed them with open arms.

She says she hopes her son never loses his creativity and passion for art.