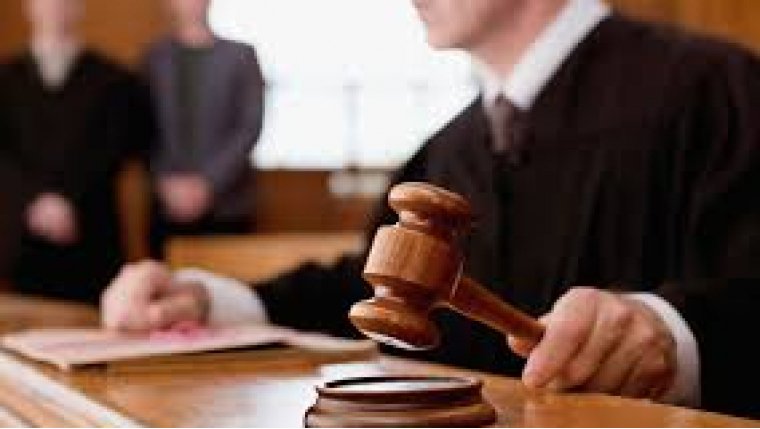 KAMLOOPS, B.C. — A former Mountie and youth sports coach who a judge says used his authority and trust to groom teenage boys before sexually assaulting them has been sentenced to six years in prison.

Alan Davidson, 62, was taken into custody by sheriffs at the end of a sentencing hearing in B.C. Supreme Court in Kamloops on Tuesday.

He was convicted of five charges in B.C. dating back more than 35 years and pleaded guilty to two more charges stemming from incidents in Saskatchewan, where he worked as an RCMP constable in the 1980s and early 1990s.

She mentioned his job as a police officer and volunteer work as a youth sports coach.

"All provided Mr. Davidson access to pubescent boys and the trust of their families."

The court heard that Davidson’s offences began in 1976 in British Columbia when he sexually assaulted a 13−year−old boy who played on a hockey team he coached.

In 1979, Davidson targeted another 14−year−old boy he met through coaching. The court heard that the boy’s grandmother trusted Davidson to take him for a weekend away.

In the early 1980s, while Davidson was working as a jail guard at an RCMP detachment in B.C. and volunteering as an auxiliary constable, he began abusing another 14−year−old boy he met through coaching.

Davidson was later hired as an RCMP officer and worked in Saskatchewan, where the court heard he targeted a 17−year−old boy in 1987, giving him cherry whiskey and pornography before encouraging the teen to engage in sex acts with him.

Four years later, Davidson abused a 16−year−old boy he coached in hockey. The abuse in that instance spanned at least eight sexual incidents, the court heard.

A psychological report prepared before Davidson’s sentencing noted he has limited remorse and exhibits denial, minimization and justification in relation to his offences.

"He blames the victims by saying they were curious as well," the judge said. "He blames society when he says he was comfortable with the age difference."

Police began investigating Davidson in 2012 after one of his victims came forward with information.

Davidson had no previous criminal record and was working as a deputy sheriff in Calgary when he was arrested in March 2014.

The RCMP has said Davidson spent time at detachments in Saskatchewan and Alberta between February 1982 and August 1996.

In addition to the time in prison, Davidson was ordered to submit a sample of his DNA to a national criminal database and register as a sex offender for 20 years.