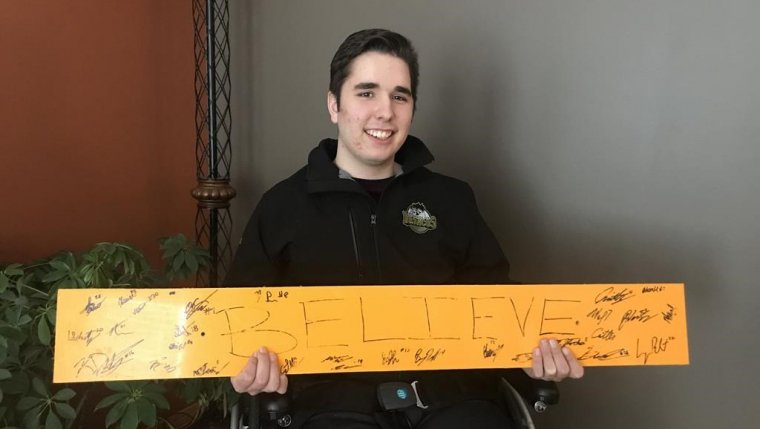 SASKATOON — The final Humboldt Broncos player who was injured in a bus crash nearly a year ago has been released from hospital, but still has a tough road ahead.

The family of Morgan Gobeil said in a statement Monday that the 19−year−old spent 333 days in hospital since the team bus and a transport truck collided at a highway intersection on April 6.

Sixteen people, including 10 players, were killed and 13 players were injured.

"He has endured many medical procedures and hours upon hours of physical, occupational, and speech therapy," his family said in the statement.

"During his time at the hospital, Morgan has celebrated his high school graduation, his brother’s wedding, his 19th birthday, several holidays and he has witnessed the change of all four seasons."

He has not yet regained his ability to walk or talk, but the family remains hopeful he will someday experience those milestones.

Gobeil’s parents thanked the doctors, nurses and support staff who helped in his recovery.

"Not only did you continually find ways to engage our son in relearning the many tasks of everyday living, you taught us a thing or two along the way so that we can continue to help Morgan."

The family also expressed gratitude to other relatives, friends, neighbours, Morgan’s teammates and their families, and their community for the support.

"Morgan now begins the next phase of his journey," said the statement. "He will have the privilege of working as an outpatient with an excellent therapy team at Saskatoon City Hospital.

"The road is long and challenging, but we are confident Morgan’s work ethic and determination will be the cornerstone of his recovery."