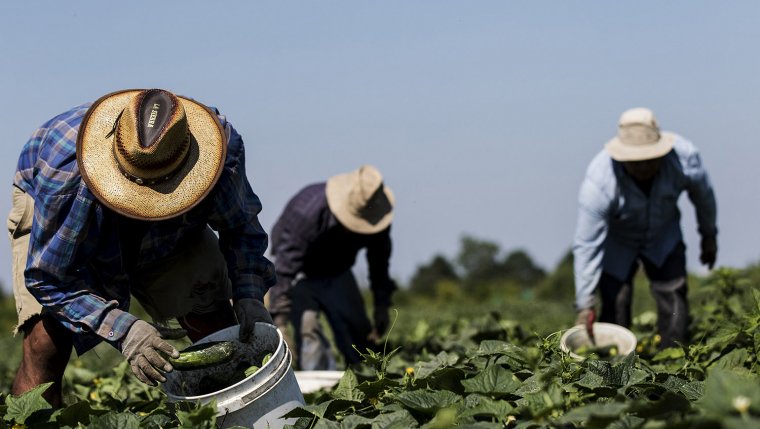 OTTAWA — The federal Liberal government, chastised last year in an auditor’s report that found a lack of oversight of Canada’s controversial temporary foreign workers program, is stepping up employer inspections and naming and shaming those caught breaking the rules.

Since the start of the year, roughly 1,600 employers have been flagged as "high−risk employers" and selected for inspections by the Employment and Social Development Department, with more than 1,340 on−site inspections launched and in various stages of completion.

That’s more than seven times the number of on−site inspections conducted during the same period in 2016−17.

Employers often hired temporary foreign workers without first demonstrating they had exhausted all other options for finding local workers, and applications were frequently approved without being challenged, Ferguson found.

He also found enforcement officers lacked access to sufficient data to ensure employers were being honest about local labour availability, and rarely conducted on−site inspections. Those inspections that did go ahead were "flawed," since employers always had prior warning, Ferguson concluded.

The federal public accounts committee, which held its own hearings to ensure Ferguson’s concerns were addressed, also found that while the number of temporary foreign workers has declined, oversight of employers using the program remains "not sufficient."

Labour Minister Patty Hajdu recently tabled a response to the concerns raised by both the committee and the auditor general, outlining the steps her department has taken to improve oversight.

In addition to more on−site inspections, the department has streamlined its processes to allow integrity officers to more quickly take action against employers who are breaking the rules. Gone is a tedious bureaucratic approval process that Ferguson described as "time−consuming, onerous and administratively insufficient."

A list of penalized companies and employers has been posted online. Since August 2017, the number of sanctioned employers jumped to 62 from just one. Many have been banned from using the program for at up to two years, while others have been hit with fines.

Kameron Coal Management Ltd. banned from the program for a year and ordered to pay $54,000 — the largest fine to date. The Cape Breton mining company faced criticism from a local union two years ago for hiring foreign workers where qualified locals were available for work.

Employers are given the chance to address any red flags and improve working conditions for temporary foreign workers, which is preferable to simply imposing sanctions, the department said in a written statement.

"In over 45 per cent of our cases (in 2017−18), employers willingly took corrective measures in areas where they were initially found non−compliant to come into compliance with program conditions," the statement said.

"Employers who do not continue to be subject to serious penalties."

Employers looking to hire foreign labour in low−wage occupations must also now demonstrate they have tried to recruit from two or more groups that face barriers to employment, such as Indigenous locals, vulnerable youth, persons with disabilities or newcomers.

Ferguson’s audit zeroed in on two sectors: caregivers and fish and seafood processing plants, where the investigation raised questions about whether a labour shortage existed at all.

It found that more than 80 per cent of Canadian workers laid off from fish processing companies in Atlantic Canada were claiming employment insurance at the same time the companies were employing temporary foreign workers.

Information obtained by The Canadian Press through the Access to Information Act shows internal staff sifted employment insurance and jobs data involving the 28 fish plants across New Brunswick, Nova Scotia and P.E.I. in response to Ferguson’s audit, and found red flags with record of employment data.