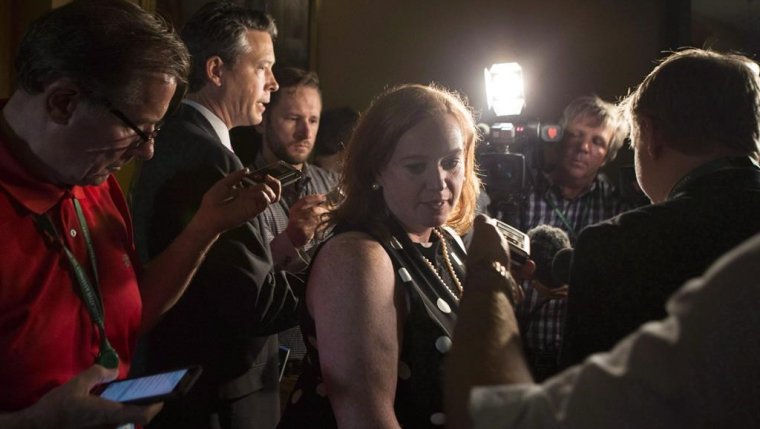 WINNIPEG — Ontario’s minister responsible for immigration has demanded an apology from federal Immigration Minister Ahmed Hussen for saying the province is promoting fear about asylum seekers.

"Maybe the minister should sit down and have a nice cup of tea, calm down a little bit and maybe phone me and apologize for calling me unCanadian," Lisa MacLeod said Friday.

Ford has said the federal government is ushering people across the border and asylum seekers, whom he calls "illegal border crossers," have caused a housing crisis in Ontario.

"Ontario sadly has chosen the language of fear. They’ve chosen to intentionally use language that could potentially criminalize asylum seekers in the minds of Canadians."

He added that housing issues are a shared responsibility and it’s unfortunate "Ontario has chosen to step away from the table."

MacLeod said she thought the minister was acting mean−spirited towards her personally.

"His answer was directed at me to try and intimidate me," she said. "And I will not be intimidated."

Earlier in the day, MacLeod walked out of the meeting after a testy exchange with the minister. She did not sign onto the meeting’s communique.

Jeremy Harrison, Saskatchewan’s minister responsible for immigration, also refused to sign. In a statement, Harrison said the government of Saskatchewan expects Ottawa to handle the bill for asylum seekers.

Ontario would still like to work in partnership with the federal government, MacLeod said, but she said the province’s concerns aren’t being heard.

Conservative immigration critic Michelle Rempel accused Hussen of denigrating rhetoric and name−calling. The federal Conservatives have called for an emergency meeting of the citizenship and immigration committee.