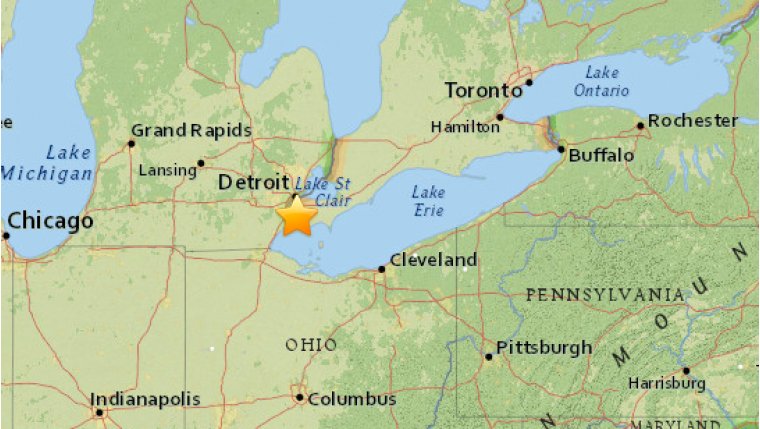 AMHERSTBURG, Ont. — There are no reports of injuries or damage after a minor earthquake struck southwestern Ontario Thursday night.

Nick Ackerley, a seismic analyst at Natural Resources Canada, said the magnitude has since been revised upward to 4.1 and that the quake struck at a depth of 10 kilometres about 20 kilometres south of Windsor, Ont.

He said the quake was "fairly large for the region" and was felt within a 100 kilometre radius.

Ackerley said a quake of this size is not unusual in eastern Canada and that residents should expect aftershocks of diminishing intensity.

The USGS said it had received thousands of responses from people who said they felt the tremor in the Windsor−Detroit area.

Both the Amherstburg and Windsor police departments tweeted that they had no reports of damage or injuries due to the quake.

Earthquakes Canada says that while thousands of quakes occur across the country each year, most are in western Canada and only about one per week are felt.