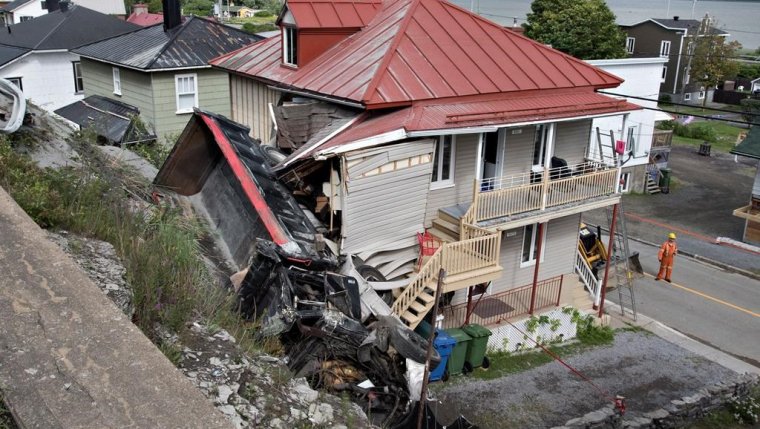 CHATEAU−RICHER, Que. — The driver of a dump truck who was taking a curve on a steep road near Quebec City lost control of the vehicle Thursday and plowed into a duplex below.

Provincial police said the driver is in his 60s and suffered minor injuries.

One woman who was in the apartment at the time was not hurt.

Firefighters were called to get her out safely in Chateau−Richer, about 25 kilometres northeast of the provincial capital.

Police spokesman Louis−Philippe Bibeau said an inspection of the vehicle will be necessary to determine whether speed or faulty brakes could have caused the accident.

Authorities said neither alcohol nor dangerous driving were factors.

Chateau−Richer Mayor Jean Robitaille said the section of the road where the driver lost control is "excessively dangerous."

"This problem has been around for years and we’re working on getting it fixed," he said in an interview. "We’ve had discussions about a bypass. We have a plan but now we’re going to need money to follow through."

Robitaille said several quarries are in the area, which leads to a lot of traffic.