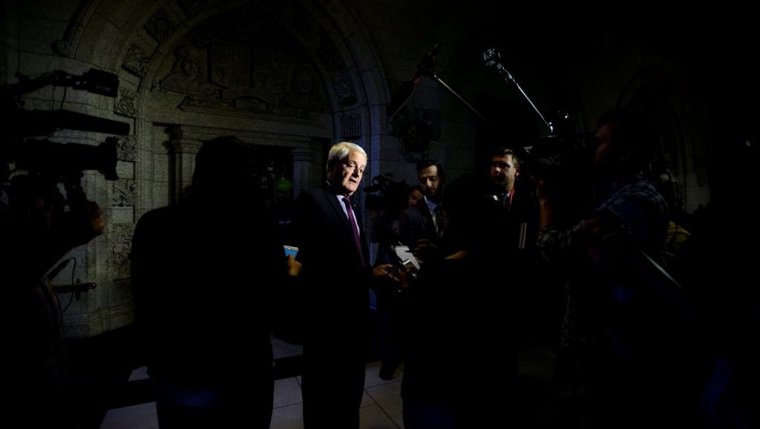 OTTAWA — Canada’s transport minister says travellers aboard domestic flights will be allowed to carry a small quantity of cannabis with them after Oct 17.

But Marc Garneau warns against packing it into luggage that’s destined outside the country. And the country’s airport screening authority says it has yet to finalize procedures for dealing with passengers taking pot through security lines.

Garneau says as long as they are on domestic flights, Canadians can bring up to 30 grams of marijuana with them once possession for personal use becomes legal.

The minister warns, however, that international passengers must abide by the laws of their country of destination.

While several American states have legalized marijuana, possession of the drug is still illegal under U.S. federal law.

"As long as the flight is domestic, then people are allowed to bring up to a certain quantity for their personal use," Garneau told reporters in Ottawa on Tuesday.

"However, I would remind Canadians again that, if they are going on flights that cross into the United States or go to other countries, that the rules of that country where they are going are the rules that apply."

Under Bill C−45, Canadian adults will be allowed to carry up to 30 grams of dried cannabis in public.

The Canadian Air Transport Safety Authority said Tuesday it is still working to ensure its rules conform with the law.

"We have been working with Transport Canada since the government passed the cannabis legislation to ensure our protocols are consistent with government policy," said CATSA spokeswoman Christine Langlois.

"We expect to finalize our procedures in the coming days."