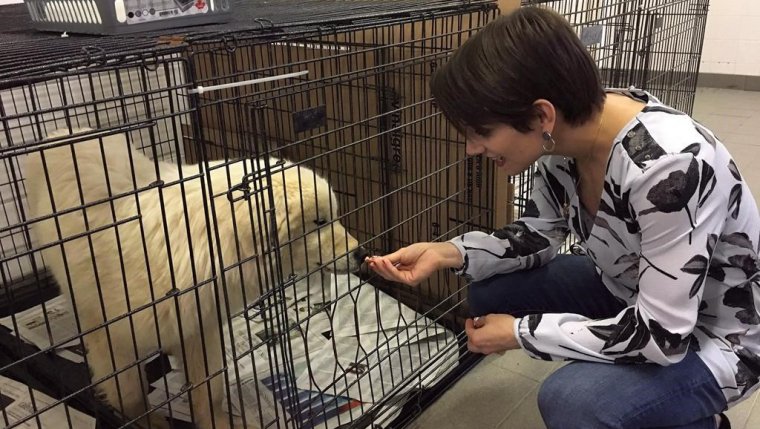 MONTREAL — The 50 terrified dogs and puppies rescued from crammed cages on a South Korean dog meat farm are well on their way to becoming pets in Canada, Humane Society International said.

The dogs — which include terrier crosses, Jindo mixes and Labrador mixes — were recovered with the help of animal advocates in Korea and transported to a Montreal emergency shelter last week.

Executive director Rebecca Aldworth said the dogs were found packed into wire cages with no water or protection from the elements.

They were first flown to Toronto and then transported to Montreal, where they are being treated for a range of ailments, including skin infections, eye infections, matted fur and parasites.

"All of these dogs have suffered a lifetime of severe deprivation on this dog meat facility, and right now they’re receiving the veterinary care, the nutrition, and the love and attention they need to begin their journey to recovery," she said in a phone interview.

Despite their ordeal, Aldworth said they’re fast learning to trust humans and most will soon be ready for new homes. Unsurprisingly, she said, they’ve quickly caught on to the idea of getting treats.

It’s one of several recent rescues by the animal welfare group, which has previously recruited Olympic figure skater Meagan Duhamel to join its campaign to end the dog meat trade.

Humane Society International said it has flown more than 1,300 dogs to Canada, the U.S. and the UK in the last three years.

Almost all of them have since been adopted, Aldworth said.

"The one thing that is common to all of them is the power of these abused and neglected animals to heal and forgive, and to learn to love and trust," she said.

Aldworth said the animals are flown overseas because South Korean dog shelters are already full and some people see dogs bred for consumption differently from those kept as pets.

But she said opposition to the industry is growing in South Korea, as people learn more about the conditions on the facilities that house them.

She said the humane society works with groups in South Korea to permanently shutter the farms and to help the farmers transition to other revenue streams.

As an example, the owner of the farm where the most recent seizure took place plans to expand his water parsley business, the group’s statement said.