Crustacean Caper on The East Coast 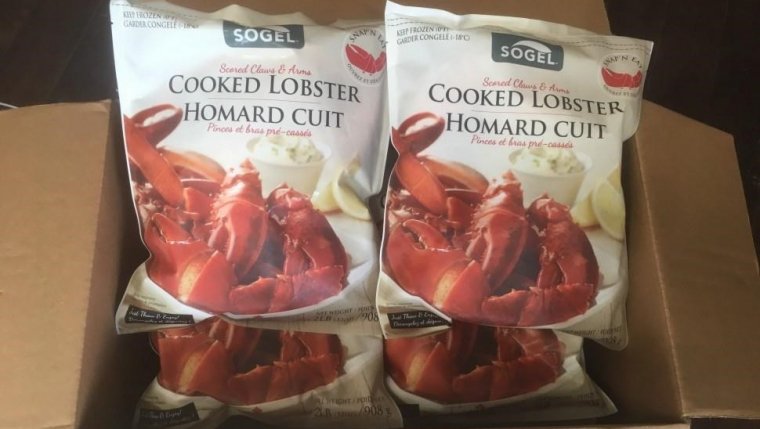 SAINT−SIMON, N.B. — There has been another crustacean caper on the East Coast.

They struck a processing plant in Saint−Simon, about an hour east of Bathurst.

The lobster business is among the most lucrative fisheries in Canada, producing more than $1 billion in commercial landings in 2016, and lobster theft is not uncommon.

Police say thieves made off with the lobster meat packed in 20−pound boxes using a stolen van.

"A 1999 GMC Safari van with the NB licence plate GMR 044, stolen earlier from a plumbing business on Rue Principale in Tracadie, was used during the theft," the RCMP said in a release.

"Plumbing tools and pipes belonging to that company were left in a gravel pit on Chemin Blanchard in Village−Blanchard, and the truck has not been recovered."

The RCMP released a photo of Sogel−branded cooked lobster.

They are asking anyone with information about the theft or the stolen van to contact them directly or call Crime Stoppers.

Police say it’s not unusual to see people try to make off with the pricey delicacies — from trucks, from pens and directly from boats.

The first cache of crustaceans was taken from a boat tied up alongside the wharf on Feb. 12. Another 135 kilograms were taken at the same wharf six days later, for a total of up to 270 kilograms, worth about $6,000.

In July 2016, someone stole a trailer loaded with frozen lobster from a processing plant in Grand Anse, N.B.

In January 2016, 48 crates of pricey, premium−grade lobster were hauled out of an ocean−based pen in a brazen night−time heist on Cape Sable Island.

That theft followed a similar incident in late 2015, when 14 crates of lobster were stolen from a secure compound on Morris Island near Yarmouth, N.S.