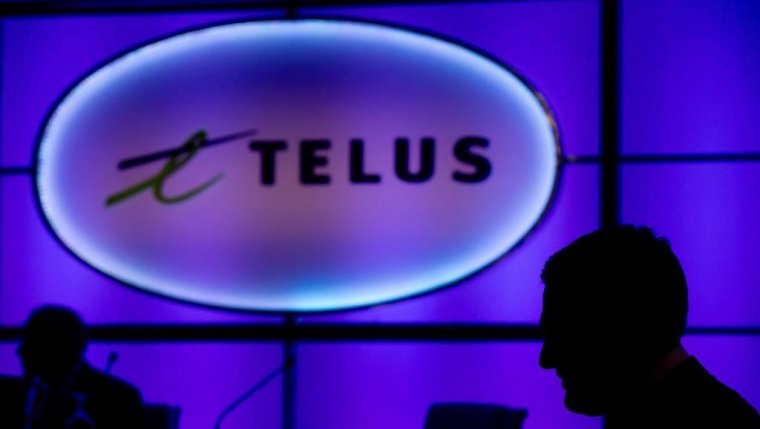 OTTAWA — Canada’s telecom regulator has been asked to intervene in a battle between rival wireless carriers that is causing failed connections for hundreds of cellphone users, particularly in the North.

Telus Communications filed an application last week with the Canadian Radio−television and Telecommunications Commission, calling for a public review of what it considers excessive cellphone traffic directed toward Iristel Inc.

Telus accused Iristel of gaming the country’s telecom rules — at the expense of Telus — by redirecting calls to the North where it can charge much higher call interconnection rates than in the rest of the country.

In its briefing to the CRTC, Telus argues that the practice hurts carriers that offer unlimited long distance calling in Canada, because since they have to pay the higher connection rates to the 867 area code, which covers the North.

"Unless relief is granted, service providers facing costs for stimulated traffic will eventually have to reduce the value of their retail offerings as a way of containing costs," said the briefing.

It gave examples of businesses that connect to numbers in the North but that don’t actually offer services there, such as ride−hailing firm Lyft and Punjabi Radio USA. However, phone numbers associated with those firms were redacted from the publicly available briefing. Telus said some of the evidence it collected was provided to the CRTC in confidence.

It’s not the first time that such accusations have been levelled against Iristel.

Phone interconnection rates, or tariff rates, are higher in the North because the infrastructure needed to make calls to isolated communities — such as the use of satellites — has been deemed more expensive than in more southern climes.

Rates across the territories were set years ago at 3.8 cents per minute, compared with a benchmark rate of less than half a cent per minute in most of southern Canada.

Iristel, which serves large portions of the Northwest Territories, Yukon and Nunavut through its affiliate Ice Wireless, denied the Telus claim, and countered by accusing Telus of placing an "illegal" stranglehold on wireless circuits that carry Telus phone traffic to Iristel numbers.

The result is that hundreds of wireless customers using Telus−activated or affiliated devices have complained of being unable to connect to Ice Wireless users, said Samer Bishay, president and CEO of Iristel.

"Canadians are kind of caught in the crossfire here because people on the Telus network, whether they’re up north or down south or anywhere, calling an Iristel number or an Ice Wireless number in Northern Canada are affected by this," Bishay said in an interview.

"They’re only allowing so many channels to pass through, which is completely illegal based on the Telecommunications Act."

Iristel has also sent evidence of its claim confidentially to the CRTC, including communications among technicians at Telus and Iristel, Bishay said, adding that he believes Telus is simply trying to reduce its exposure to costs associated with connecting to wireless devices in the north.

But the costs to Telus for their customers making such calls are minimal while there is no economic benefit for Iristel, Bishay said.

"We’re talking pennies, literally pennies, in the grand scheme of things," he said. "What (Telus is) doing is completely illegal and they’re holding Canadians hostage for ... a corporate dispute."

A company official said Telus was not squeezing its communications pipeline to prevent calls from reaching Iristel customers, but that it wasn’t expanding it to account for excessive use, either.

"We’ve provisioned our network to meet normal traffic flows," said the official, who would only speak on condition of anonymity.

A CRTC official said the regulator won’t comment as it reviews applications from both carriers.