Crop-Top Student Gets Apology From School 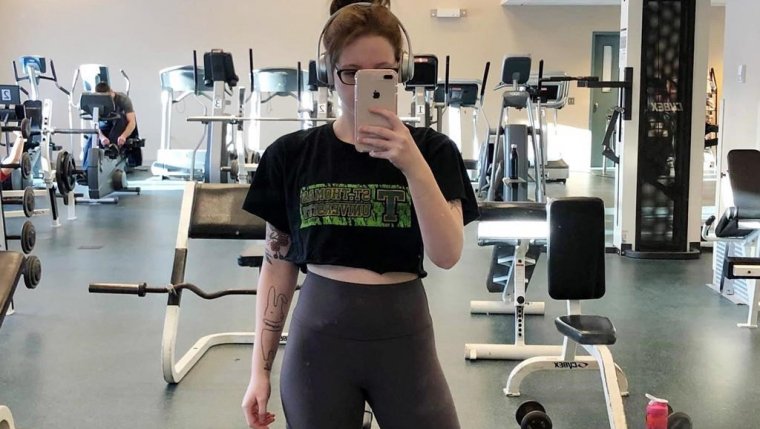 FREDERICTON — A Fredericton student who was told that the crop top she wore to a campus gym was too distracting will get an apology from St. Thomas University.

MacKenzie Parsons said she was embarrassed and shocked when a male gym employee warned her there was a policy being developed that would not allow crop tops.

The 21−year−old took to social media to complain, and noted that male students often went shirtless or wore muscle shirts that were ripped down the sides.

"As a woman, we are always taught what’s appropriate to wear and what’s not, while men can wear anything and everything and get nothing said to them," she wrote.

"I’m not there to distract those around me, I’m there to workout and work on myself. I’m not going to buy a whole new wardrobe, when all I own is crop tops to workout in because that’s what I feel COMFORTABLE IN."

Jeffrey Carleton, associate vice−president of communications at St. Thomas, said the situation was terribly mishandled by the university and the student would be getting an apology.

He said the university is developing a policy but it’s based on health and safety in an effort to keep sweat off the gym equipment.

"The policy will be dealing with clothing only in the light of perspiration on machines and things like that. It’s not going to be gender specific or dealing with any specific kind of clothing. It will be driven by what’s best for health and safety in the gym," Carleton said.

Parsons said in an interview Monday she hopes that after the apology she will be able to wear her crop tops in the gym.

"I spend quite a bit of money on my gym stuff because I like to wear quality stuff. I don’t like to wear long shirts because they are uncomfortable when I work out," she said.

"If I can’t wear them I won’t go back because I can’t support a gym that’s going to say that to women when men are there and they can be shirtless or wear their muscle shirts, but women can’t even wear a crop top."

Parsons took to Facebook again Monday to thank people for supporting her, and to restate her feelings on being told that her gym wear was distracting.

"Women are NOT responsible for men’s actions, if they cannot ’control’ themselves, that’s their problem, not ours," she wrote.

Carleton said the new policy will be completed and posted within the coming weeks.