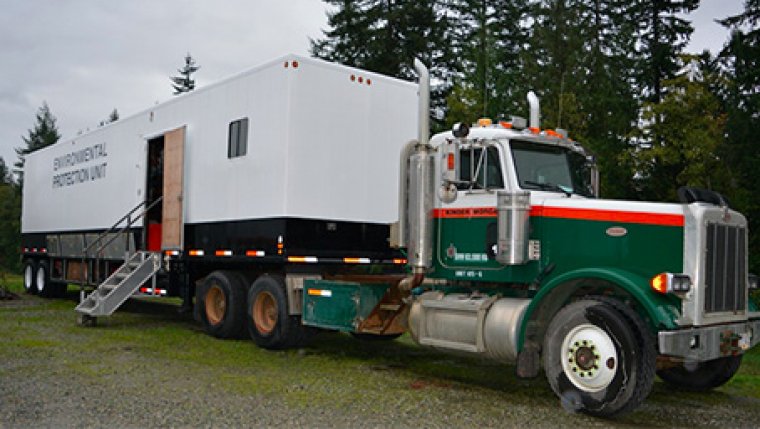 DARFIELD, B.C. — Crews using an emergency response trailer and vacuum trucks are working to clean up a crude oil spill at a Kinder Morgan station north of Kamloops, B.C.

The provincial Ministry of Environment said a flow metre has leaked about 100 litres of crude oil into the ground at the Darfield station.

It said no waterways have been affected, and the spill has been contained within station property.

In a statement, Kinder Morgan said it was alerted to an operational disruption through its internal safety system in the early hours of Sunday morning.

"The station was quickly isolated and as a precaution, the main Trans Mountain Pipeline has been shut down," the company said, adding it expected to restart the pipeline Sunday afternoon.

The company said air monitoring is ongoing, and it has notified neighbours and other stakeholders.

It said the leaked product was a medium crude blend.

The spill comes days before a deadline set by Kinder Morgan for its controversial Trans Mountain pipeline expansion project.

The company suspended all non−essential construction on the project in April, citing opposition from the B.C. government that put the viability of the pipeline in question.

It has set a May 31 deadline for getting assurances it can proceed without delays on the controversial project.

Companies in this story: (TSX:KML)