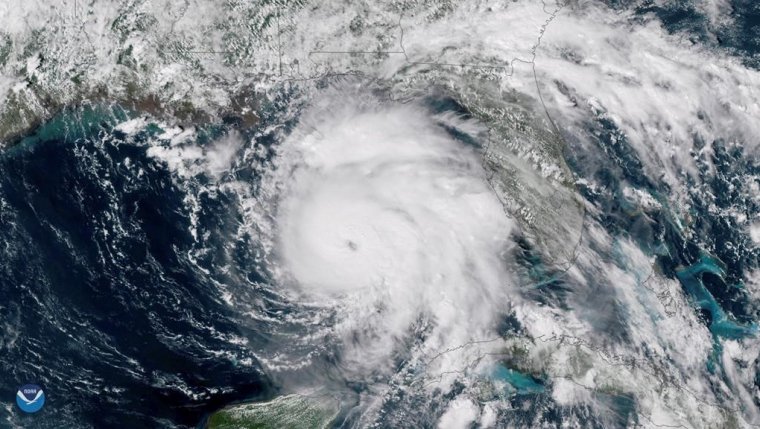 Michael roared towards the Florida panhandle as a Category 4 hurricane this morning, hours before it was projected to make landfall and with long−range forecasts predicting its remnants will eventually pass south of Nova Scotia.

The unexpected brute has grown swiftly into what could be one of the panhandle’s worst hurricanes in memory, with destructive wind, up to 30 centimetres of rain and a storm surge of up to four metres.

At 5 a.m., observation planes were reporting top sustained winds up to almost 225 kilometres per hour with higher gusts, with tropical−storm force winds extending 295 kilometres from the centre already battering the coast.

Florida officials say roughly 375,000 people up and down the Gulf Coast had been urged or ordered to evacuate, including all non−essential personnel at Tyndall Air Force Base east of Panama City.

According to Environment Canada, the storm is expected to weaken into a tropical storm after making landfall in Florida and is forecast to track south of Nova Scotia on Friday.

The forecaster’s long−range models are calling for the possibility of heavy rainfall in Nova Scotia, depending on how close the remnants of the storm come to the province.

— With files from The Associated Press