Canada Post Calls For 'Cooling Off' Period Over Holidays 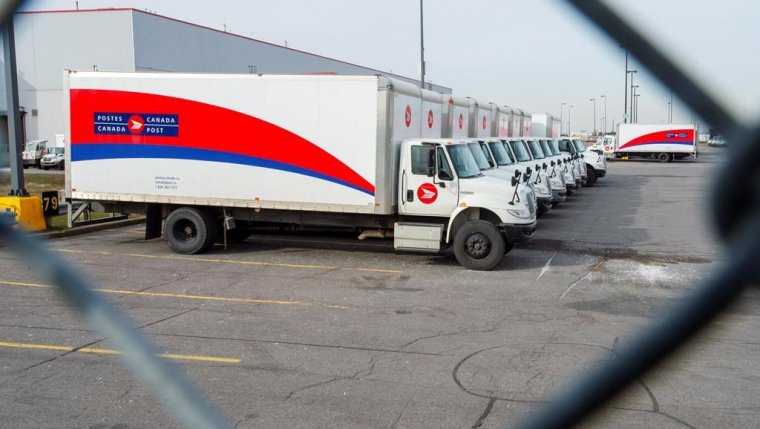 OTTAWA — Canada Post is agreeing with a proposal from the Canadian Union of Postal Workers to bring another mediator into the ongoing contract dispute — but there’s a catch.

The Crown corporation says it wants what it calls a "cooling off" period until the end of January to allow for the negotiations.

That would mean CUPW members would have to put down their picket signs over the holidays while talks are on, but could receive a special payment of up to $1,000 if there is no labour disruption before the cooling off period ends.

The offer came as Canada Post workers continued their rotating strikes today after rejecting the Crown agency’s latest offer and requesting the government appoint a mediator to help end the ongoing dispute.

The union had let pass a time−sensitive proposal from Canada Post meant to stop the strikes affecting about 42,000 urban employees and 8,000 rural and suburban carriers.

A spokeswoman for Labour Minister Patty Hajdu wouldn’t say whether Ottawa would oblige the request for a mediator, but indicated it was a good sign that both sides remained committed to finding a solution.

Prime Minister Justin Trudeau issued a last−minute plea to the two sides late Saturday to resolve their differences, just hours before the midnight deadline on the Crown corporation’s offers expired.

The strikes have created a huge backlog of undelivered mail, prompting some businesses to issue pleas for a resolution ahead of the busy Christmas shopping season.

The Retail Council of Canada urged Ottawa to "bring an immediate end" to the rotating strikes through back−to−work legislation.