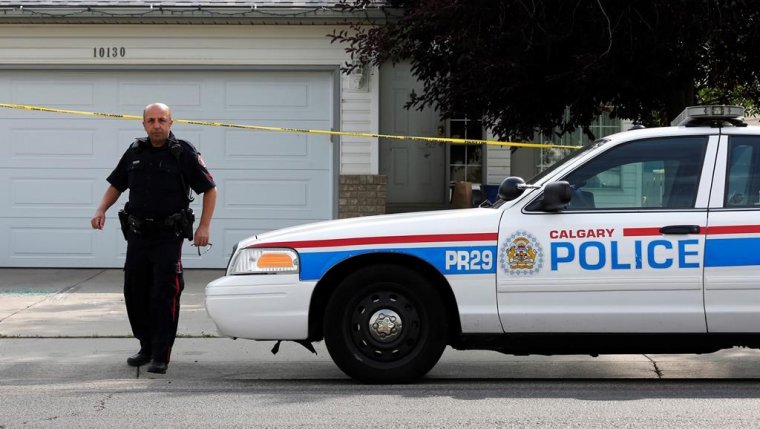 CALGARY — Family and friends of three people found dead in two Calgary homes say they have been torn apart by the deaths.

Dustin Duthie, who is 25, faces three counts of second−degree murder.

The dead have been identified as Taylor Toller, who was Duthie’s girlfriend, and his parents, Alan Pennylegion and Shawn Boshuck.

Shane Graham, a family spokesman, says Duthie’s siblings and others continue to struggle with what has happened.

He says they are all hopeful that justice will be served and asked for privacy as they process their grief.

Police say they will not release the cause of death at this time.

"The family has been torn apart," Graham said at a police news conference Thursday. "It is nothing short of a tragedy that has many ripple effects and has affected many people in different areas."

Court documents allege Boshuck and Pennylegion were killed the same day they were found.

Police have said it appeared the deaths were connected, but no motive has been confirmed.

Duthie was in custody at the Rockyview General Hospital, where he is also under suicide watch.

None of the charges has been tested in court. Duthie is to have an initial psychiatric assessment before his next court appearance Aug. 8. (CTV Calgary, The Canadian Press)