Bystanders Save Woman's Life by Lifting Car Off Her Chest 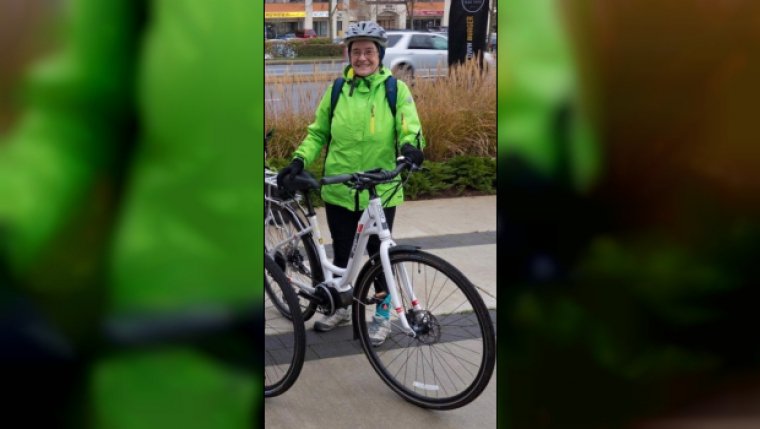 NANAIMO, B.C. — Claire Surgenor remembers staring at the back wheels of a car crushing her chest, struggling to breathe, and praying. Then she lost consciousness on the rain−soaked sidewalk in Nanaimo, B.C.

The next thing she remembered was coming to and asking a stranger where her husband was.

"I had no pulse, she told me," Surgenor said. "I had so much pain in my chest and back. I’m French, so I don’t hold my pain in. I yelled out every time somebody touched me or tried to move me. It was excruciating."

Surgenor, 72, was riding her bike last Saturday when she felt it skid on the sidewalk before easing herself to the ground.

"So I’m sitting on the ground ready to get up and this car was ramming at me," she said, her voice shaking with emotion. "Knocked me over, pulled me under, twisted me and stopped on top of my chest.

"I couldn’t breathe and I thought I was going to die. I was really struggling for every breath and I could see the back wheels. I was praying, ’Oh God, don’t finish me off.’ And then I went out."

Surgenor later learned how a group of people, including two Mounties, lifted the sedan off her and saved her life and that the stranger who found no pulse was a nurse.

Nanaimo RCMP said two Mounties happened to be driving by when they were flagged down by several panic−stricken people.

The officers and seven other people hoisted the car onto its side, allowing the nurse to pull Surgenor out from under the vehicle before an ambulance was called.

"I struggled a bit and regained my breath and was totally conscious," Surgenor said. "I remember asking for my husband."

She said she suffered a fractured rib, a hole punctured in her lung, and an injury to her liver.

"I made it without a broken bone," she said. "I’ve always been very active. Farm girl, hard work, gardening. I think that paid off."

Surgenor was released from hospital the following day and is recovering at home.

She recently spoke with the nurse, and the two plan to meet soon.

Surgenor’s husband Ron is thankful for the Mounties who were going by at the right time, as well as the nurse and all the bystanders who helped save his wife’s life.

"It was absolutely, in our mind, a miracle this all came together at that moment," he said.

"People will help you when you need them. There’s a lot of real, good, caring people out there."

RCMP said the 32−year−old driver of the car that hit Surgenor likely won’t be charged based on witnesses saying he apparently didn’t see her. (Nanaimo News Now)

— With files from Spencer Sterritt