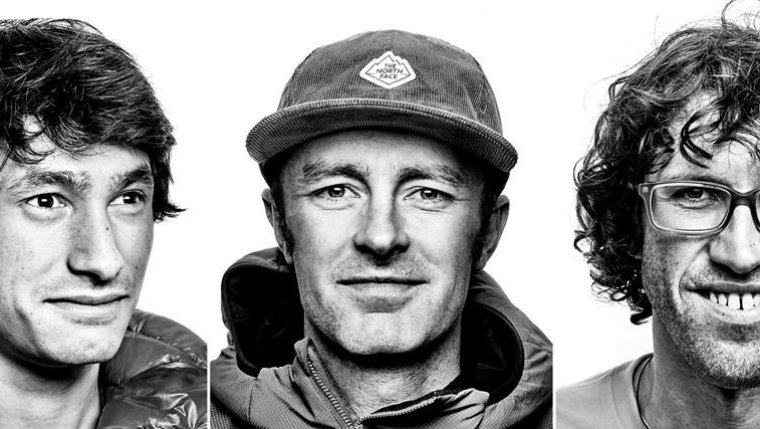 BANFF, Alta. — The bodies have been recovered of three renowned mountain climbers who were believed to have been caught in a large avalanche in Banff National Park last week.

Efforts to find the men — American Jess Roskelley and Austrians David Lama and Hansjorg Auer — had been hampered by poor weather and dangerous conditions.

But on Sunday afternoon, Parks Canada said in a statement that all three had been found dead.

The men disappeared while attempting to climb the east face of Howse Peak in the Icefields Parkway and were reported overdue on Wednesday.

Parks Canada’s mountain safety team responded by helicopter and saw signs of multiple avalanches and debris containing climbing equipment, but a further search was put on hold until conditions improved.

"Parks Canada extends our sincere condolences to their families, friends and loved ones. We would also like to acknowledge the impact that this has had on the tight−knit, local and international climbing communities," the agency said in a statement Sunday afternoon.

"Our thoughts are with families, friends and all those who have been affected by this tragic incident."

A visitor safety specialist with the agency said last week that the slide was believed to be a Size 3 avalanche, which is big enough to bury a car or destroy a small building.

The men’s sponsor, outdoor apparel company The North Face, had said the three members of its Global Athlete Team were presumed dead.

Austrian Chancellor Sebastian Kurz said last week that Lama and Auer had "shaped the international climbing and alpinist scene in recent years with many achievements."

Lama, 28, was feted for achieving the first free ascent in 2012 of the Compressor Route of the Cerro Torre, one of the most striking peaks in the Andes. The feat was captured in the 2013 documentary "Cerro Torre — A Snowball’s Chance in Hell."

The son of a Nepalese mountain guide and an Austrian nurse, Lama had also won numerous climbing competitions in his younger years before devoting himself full−time to mountaineering in 2011.

Roskelley climbed Mount Everest in 2003 at age 20. At the time he was the youngest American to climb the world’s highest peak.

The east face of Howse Peak is remote and Parks Canada said its mixed rock and ice routes make it an exceptionally difficult climb.

A separate avalanche in the Rocky Mountains resulted in another death over the weekend. Parks Canada confirmed Sunday that a person who was airlifted to hospital in Calgary following an avalanche in Yoho National Park died.

The agency says a male who was among a party of three back−country skiers was involved in an avalanche Saturday afternoon on Des Poilus Glacier, which is on the Wapta Icefield, approximately 180 kilometres northwest of Calgary.

—With files from AP