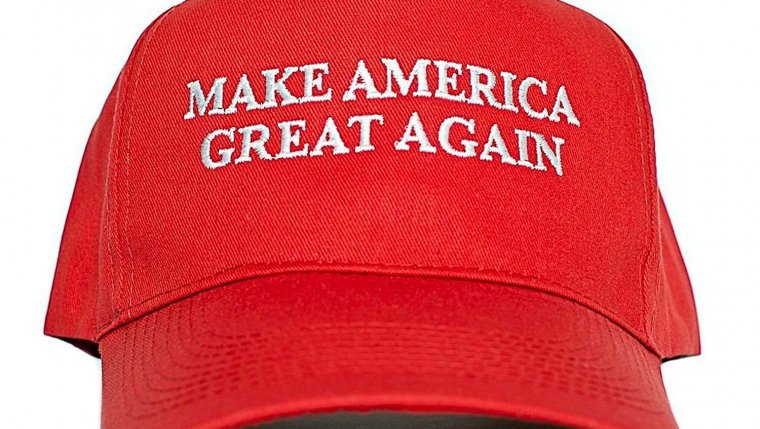 VANCOUVER — A Vancouver restaurant manager has been fired for refusing to serve a customer who was wearing a "Make America Great Again" hat.

The slogan popularized by U.S. President Donald Trump in his 2016 campaign has been embroidered on bright red baseball caps that have become an emblem of his supporters.

Eva Gates, vice president of operations and human resources for the Sequoia Company of Restaurants, says the capped patron was sitting on the patio at Vancouver’s Teahouse in Stanley Park on Tuesday when the floor manager approached him.

Gates says the manager told the man he had to take off his hat in order to dine at the Teahouse. The patron opted to leave the restaurant instead.

The Teahouse’s website identifies the manager as Darin Hodge.

In a statement, Hodge says he hasn’t changed his mind about his decision.

"I stand by my decision to ask the patron to remove his hat. The MAGA hat has come to symbolize racism, bigotry, Islamophobia, misogyny, white supremacy, homophobia. As a person with a strong moral backbone, I had to take a stand against this guest’s choice of headwear while in my former place of work," he wrote.

Gates said that while that’s one interpretation of the "Make America Great Again" phrase, there are other ways to look at it.

"That’s somebody’s interpretation, we don’t see it that way. Everyone’s got a different interpretation of what that means," she said.

Gates said Hodge was fired with cause on Thursday because the incident violated the company’s anti−discrimination policy and also because Hodge posted about it on social media before having a planned conversation with upper management about it.

"Our company policy and values are that we don’t (allow) discrimination of any kind," Gates said, noting that includes discrimination based on political ideology.

If Sequoia had a policy in place that spoke to inclusivity and the grounds on which service could be denied, then the company would be within its rights to fire the manager with cause, she said.

If not, she said Hodge would not be in breach of any company policy — although it could still fire him without cause and pay him severance.

"In situations like this, determining whether or not the employee has committed a ’fireable offence,’ which could give the company the right to terminate without paying severance, comes down to whether the employee did something illegal or did something contrary to company policy," Moody said.

It’s not illegal to refuse service on the basis of political beliefs, she added.

"An employer can always terminate you. And employers these days, with the age of social media and everything being out there in public, they’re so quick to run away from anything that even smells like controversy. So that’s where, as an employee you need to be careful what you do both on the job and off the job," she said.