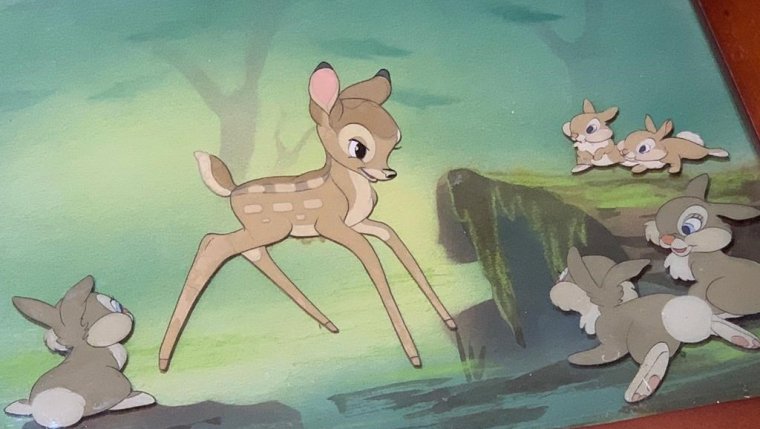 EDMONTON — A homeless man who found an authentic animation cel from the classic Disney movie "Bambi" in a tattered, dirty frame will use his earnings to reunite with his family in Ontario.

Adam Gillian, who is 38, brought the item into Curiosity Inc., an antique shop in Edmonton, and the owner bought it for $20.

The shop’s owner, Alexander Archbold, later found a certificate on the back of the picture that said it was an authentic 1937 animation cel from "Bambi."

When someone bought it off eBay for $3,700, Archbold made it his mission to track down Gillian and give him his share of the profits.

He also started a GoFundMe to help Gillian get back to his family in Ontario — the campaign had raised over $13,000 by Tuesday afternoon.

"I didn’t know if he was dead or alive,” she said. "And I didn’t know how to get in touch with anybody to find him."