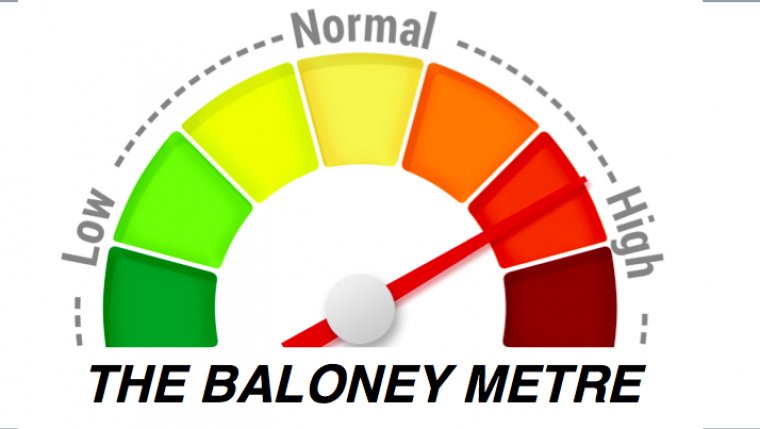 OTTAWA — "The prime minister has broken two promises, two direct promises that put us in this position. One was breaking the promise to renew the environmental assessment process with the (National Energy Board) and secondly a promise to end fossil fuel subsidies. He’s broken two promises." — Jagmeet Singh, May 23

To get elected in 2015, Justin Trudeau and the Liberals promised voters to change how environmental assessments were run for projects like pipelines.

Is the NDP leader right?

Spoiler alert: The Canadian Press Baloney Meter is a dispassionate examination of political statements culminating in a ranking of accuracy on a scale of "no baloney" to "full of baloney" (complete methodology below).

This one earns a rating of "some baloney." Here’s why.

The Liberal campaign platform promised "robust oversight," decisions based on science and in the public interest, and to "end the practice of having federal ministers interfere" in an overhauled environmental review process. They also promised to ensure the rights of Indigenous Peoples were upheld, and to review and "restore lost protections" ushered in under the previous Conservative government.

"They made it sound like they were going to respect the environment, come up with a new process to abandon the Harper−era process and have a process that looked at the evidence, looked at the impact to coastlines, to the way of life of coastal peoples, look at the impact to the ocean and to the wildlife and marine diversity," Singh said after a caucus meeting Wednesday.

The Liberals’ legislative response to their own expert panel and campaign rhetoric came in the form of Bill C−69.

The legislation set out the process for reviews, gave the government the power to refer an assessment to an outside panel of experts, and outlined requirements and funding available for public consultation. It also proposed reducing the time frame for assessment decisions, and left the final say on projects to the environment minister and cabinet.

C−69 returned to the House of Commons on Tuesday after a committee recommended hundreds of amendments to the 300−plus−page bill.

The campaign promises were not terribly specific, talking about the need to "restore lost protections" alongside modern safeguards, said Martin Olszynski, an assistant professor of law from the University of Calgary.

C−69 would modernize the review process and increased transparency, but will fall short of the promise of evidenced−based decisions, said Alana Westwood, science and policy analyst with the Yellowstone to Yukon Conservation Initiative.

The government could have required assessment be peer reviewed, or use the best methods possible, and fully explain conclusions, but that isn’t clearly spelled out in the bill, Westwood said.

Jay Morrison, environmental chair for Paddle Canada, said the Liberal changes to protections for navigable waters — any body of water that can be travelled by canoe — have reversed decisions from the previous Conservative government and broadened coverage and tests for projects like new bridges and dams.

"We knew a bad thing when we saw it and as far as I’m concerned, this is a huge improvement," said Morrison, who testified before the Commons committee reviewing C−69.

Proposed amendments to C−69 that reference Indigenous knowledge and rights could lead back to the Liberal campaign promise, said Olszynski, but only if the government agrees to the changes.

But ultimately, it is a political decision at the end of the process, he said — and that could still lead to charges of political interference.

Overall, the Liberals "could have done better" to meet their promises, Olszynski said. For that reason, Singh’s statement contains "some baloney" — the Liberals have fallen short on some of their environmental review promises, but not the entire suite.

And what of the other part of Singh’s declaration, that of Trudeau failing to end fossil fuel subsidies? An argument can be made the Liberals haven’t met that promise through the Trans Mountain purchase, even though the party has repeatedly argued otherwise, said Kathryn Harrison, a professor of political science at the University of British Columbia.

"This is clearly a touchy point, given the Trudeau government’s clear commitment there and vulnerability to allegations of broken promises," Harrison said.

The Baloney Meter is a project of The Canadian Press that examines the level of accuracy in statements made by politicians. Each claim is researched and assigned a rating based on the following scale:

No baloney −− the statement is completely accurate

Full of baloney −− the statement is completely inaccurate