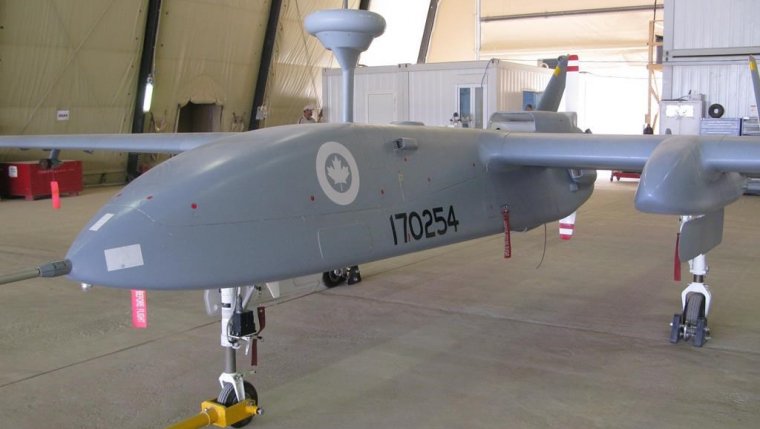 OTTAWA — The Royal Canadian Air Force is hoping to pull the trigger on the purchase of new armed drones within six years after spending nearly two decades weighing different options.

The Canadian Forces has been working since the early 2000s to identify and buy a fleet of UAVs that can conduct surveillance over Canada’s vast territory as well as support military missions abroad.

Yet aside from purchasing a small number of temporary, unarmed drones for the war in Afghanistan — all of which have since been retired — the military has never been able to make much progress on a permanent fleet.

In an interview with The Canadian Press, air force commander Lt.−Gen. Al Meinzinger said he is confident that is about to change after the Trudeau government officially approved the purchase of a fleet of armed UAVs through its defence policy.

That decision was one of the most notable shifts in the new policy, released in June 2017, which included a promise to spend an extra $62 billion over the next 20 years to expand and strengthen the military.

No previous federal government had authorized adding drones — armed or not — as a permanent fixture within the Canadian Forces in the same vein as fighter−jet or helicopter squadrons.

"We say we’ve got policy top−cover, which means we can see that program clearly in our defence policy," Meinzinger said. "So we’re moving that project forward. ... That will be a capability we will see in the next five to six years."

The Royal Canadian Air Force has been quietly evaluating options and will soon present its ideas to procurement officials, he added. The plan is to buy one type of medium−altitude, long−endurance UAV for the military.

Drones have taken on an increasingly important role in militaries around the world; a report in the Royal Canadian Air Force Journal in late 2015 said 76 foreign militaries were using them and another 50 were developing them.

The unmanned aircraft are often used for surveillance and intelligence gathering as well as delivering pinpoint strikes from the air on enemy forces, in places where the use of force has been approved.

Yet the government’s decision to acquire armed drones has prompted questions from some arms−control and human−rights groups that have raised concerns about the legal grey zone around such weapons.

While Prime Minister Justin Trudeau said the government considered the drone decision carefully, critics have noted that there are very few rules around their acquisition and use — including in assassinations.

Meinzinger said drones proved their worth to the Canadian Forces during the war in Afghanistan, where he personally commanded a UAV squadron tasked with monitoring the surrounding countryside.

As for the government’s decision to approve armed drones, "certainly the employment of those weapons will be within the bounds of the law of armed conflict and regulated very clearly," he said.

Defence chief Gen. Jonathan Vance has previously said the Canadian military plans to use armed drones in much the same way as other conventional weapons, such as fighter jets and artillery.

While he acknowledged the long road the military has followed in trying to get drones, Meinzinger said: "We have the support of the leadership and the department to continue to move that forward. So I don’t see that being a problem at all."