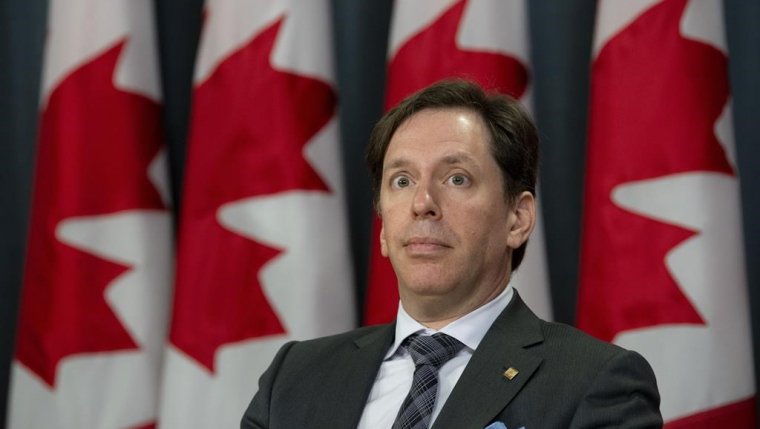 The group released its annual audit of anti−Semitism Monday, showing 2,041 recorded incidents of hatred towards Jews in 2018, up 16 per cent compared to the year before.

This is the fifth straight annual increase, and the highest number of incidents the organization has recorded since it began tracking 1982.

"Our primary concern with the trend we are observing is that this may be indicating a new normal in terms of the propagation of anti−Semitism in Canada," said B’nai Brith Canada CEO Michael Mostyn.

Eleven of the incidents included violent assaults, including two Jewish children in Saskatchewan who were assaulted by their schoolmates and four Jewish teenagers attacked in Toronto by a group of youths. B’nai Brith only includes incidents in the report where a victim’s being Jewish was the explicit reason for the attack.

Most of the incidents constituted harassment, such as a man in Montreal whose coworker showed him a new lighter and threatened to use it to burn Jews, and a Toronto high−schooler who was told by a classmate he should "go back in the ovens." But 80 per cent of the incidents overall, and more than 90 per cent of harassment episodes, occurred on the internet.

Steven Slimovitch, the national legal counsel for B’nai Brith Canada, said online hate has a much larger reach and can have a bigger impact than direct one−on−one incidents.

"Now what’s happening is you can easily reach thousands, if not hundreds of thousands, of people via the internet," Slimovitch said. "You can do it quietly, you can do it in your basement and that’s a very very serious problem."

The release of the audit comes two days after a deadly shooting at a synagogue in Poway, Calif., allegedly by a 19−year−old man who posted a long anti−Semitic rant online first. The attack killed one woman and injured three people, including a child and the synagogue’s rabbi.

The online screed said the alleged attacker was inspired by the massacre at a Pittsburgh, Pa, where 11 people were murdered by a man at a synagogue during Saturday morning services. The accused in that case also posted anti−Semitic comments online.

Mostyn said the events in the United States hit very close to home for Jews in Canada, and have caused "an elevated level of stress" in the Jewish community here.

He added there is no reason to believe there is an elevated threat of an attack here in Canada, but also said the amount of online hatred targeting Jews is having an impact. He said that’s why B’nai Brith is pushing for protections that go beyond adding more security officers outside synagogues and Jewish schools.

"We have to start at the start and the start is incitement," Mostyn said. "And too often nowadays this incitement is taking place on the internet and it is influencing others that unfortunately take violent and drastic actions and that’s what really needs to stop."

B’nai Brith is asking the Canadian government to address gaps in hate laws that allow for the proliferation of online hatred.

Facebook recently began deleting pages belonging to white supremacist people and groups but has faced a lot of backlash for not doing more to stop hatred advanced on its platform.

Facebook was the site of choice for the shooter in the recent New Zealand mosque massacre to livestream his deadly attack, but the synagogue attackers in Pittsburgh and California used less mainstream sites, and ones where white−nationalist viewpoints are known to run rampant.