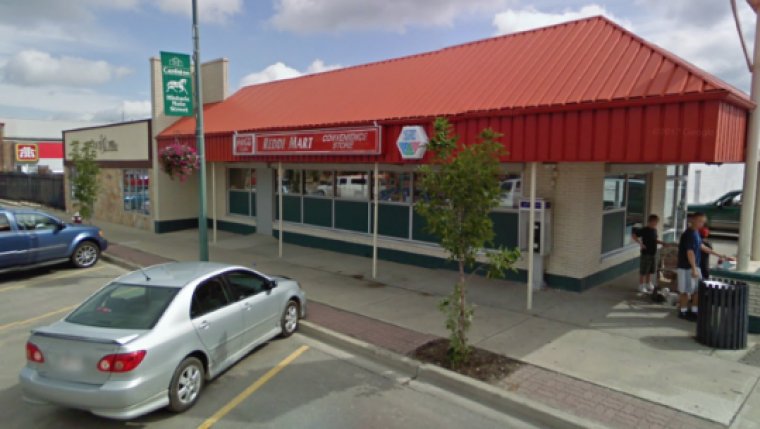 CARDSTON, Alta. — A southern Alberta doctor is on administrative leave from a position at Alberta Health Services after allegedly telling some homeless Indigenous people to "get jobs" in late May.

Dr. Lloyd Clarke was removed as associate medical director for the southern region but continues to practise medicine in Cardston, south of Calgary, where the alleged encounter took place.

Scott Many Grey Horses wrote about what happened on Facebook, alleging a man came up to a group of Indigenous people outside a store entrance.

"He steps up to them and tells ’All of you people need to get jobs’... and ’You guys can’t keep hanging around here being vagrants’....and ’You guys need to get out of here’," Many Grey Horses wrote.

Lethbridge lawyer Ingrid Hess saw the post and tracked down two witnesses, asking them to sign a complaint. She said the doctor also suggested the group was looking for prescriptions for Tylenol 3s.

"I found the whole thing completely outrageous. I felt so strongly that these are really people with significant challenges," said Hess.

"Nobody would hire these people. They cannot get a job. Most of them have severe addictions or prenatal exposure to alcohol. I just felt unless someone helped them voice their complaint, it would just get swept under the rug."

Hess filed a complaint with Alberta Health Services which says the allegations are being taken seriously.

"We are investigating, and will take any necessary action once that investigation is complete," Alberta Health Services said in an emailed statement.

"There is no excuse for the comments that were allegedly made in this instance, and we want to assure those involved in this incident that this sort of alleged language in no way reflects the beliefs or values of AHS."

It says Clarke will remain on administrative leave until the matter is resolved. Anyone involved will be given a different doctor if they need medical assistance from the Cardston clinic.

Hess also filed a complaint with the Alberta College of Physicians and Surgeons which found there was insufficient evidence that Clarke engaged in unprofessional conduct.

"I am of the view that the various concerns raised in your letter of complaint do not relate to patient care," wrote Michael Caffaro, the college’s assistant registrar and complaints director.

"I understand the feelings of those affected by Dr. Clarke’s remarks. They were unfortunate and inappropriate. The College nevertheless cannot dictate the behaviour of what a physician does outside a clinical setting excluding extreme circumstances."

Hess has filed an appeal.

"It was just shocking to me. The rejection said the conduct didn’t happen during his practice time. It wasn’t while he was practising medicine so there’s nothing they can do about it," she said.

"When a person demonstrates an obvious disdain for an identifiable and vulnerable group of people, how can you be assured that kind of obvious bias and negative view of them doesn’t effect the way he practises medicine? Surely that is something that needs to be investigated and I urged them to reopen the complaint."