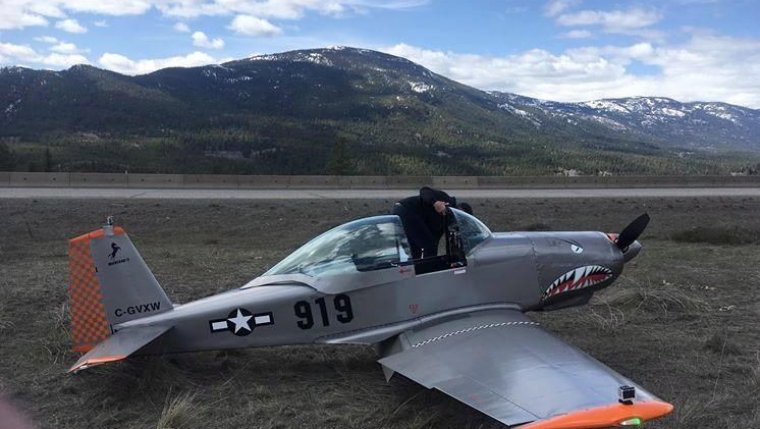 MERRITT, B.C. — Motorists driving on B.C.’s Coquihalla Highway were treated to a bizarre sight this afternoon when a small airplane landed on the highway median.

Debra Sharkey was driving from Vancouver to Kamloops when she witnessed the Mustang II flying low above the highway approximately 10 km south of Merritt.

She says she watched the plane fly lower and lower, before taking a long, gradual decline.

The pilot then landed on a grassy median between the divided highway lanes.

Sharkey says she immediately slowed down, pulled over to the shoulder of the highway, and called out to the pilot — who said he was fine.

Sharkey adds she doesn’t know what caused the pilot to bring the plane down on the median, but the craft appeared to be in good shape.

"Traffic was a little loud, so I hollered at him and asked him if he was okay and he replied, ’Yes, I’m fine,’" Sharkey told Kamloops radio station CFJC.

"He was proceeding to get out of his plane and get things together and I said, ’Well, do you need a ride somewhere?’ And he said, ’No, I’ve got my cellphone and I’ve got some service. I’ll make a couple of calls. I’m all good, I’m not leaving my plane.’"

Sharkey said she later saw RCMP cruisers heading toward the sight where the plane landed.

Merritt RCMP did not respond to a request for comment.