Acadia Professor Fired Over Comments He Made 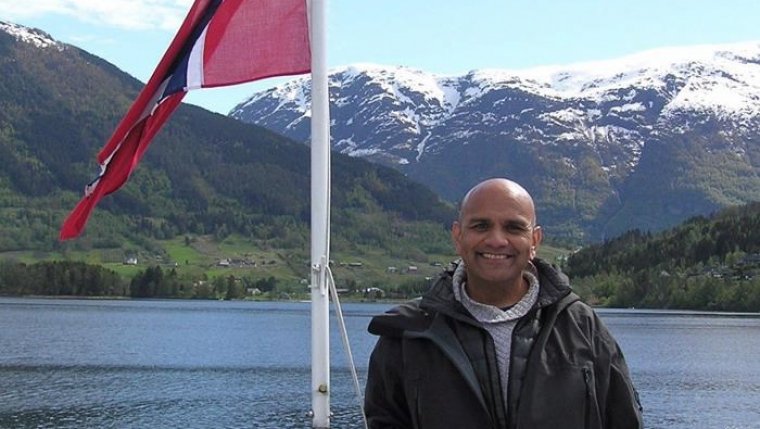 WOLFVILLE, N.S. - A Nova Scotia professor who stoked a national debate about free speech on campus after making controversial comments on social media and in the classroom has been fired.

Acadia University confirmed Friday that Rick Mehta has been dismissed, several months after the Wolfville, N.S., school launched a formal investigation into complaints against the psychology professor.

University spokesman Scott Roberts said he is unable to comment or "provide any elaboration" on the dismissal as it is a confidential personnel matter.

He also was unable to provide details of the findings of the investigation overseen by Dalhousie University professor emeritus Wayne MacKay, noting that it’s a "privileged document."

The Acadia University Faculty Association said in a statement Friday it was informed of the firing on Aug. 31, and has since filed for arbitration.

"The termination of a tenured professor is very serious, and (the faculty association) has filed for arbitration while its senior grievance officer and legal counsel examine the administration’s disciplinary procedures and evidence," the statement said.

Mehta could not immediately be reached for comment on Friday. However, he retweeted a blog article that discussed his firing.

Last month, he said in an email that the only way he could have a copy of the investigation report by MacKay was by signing an agreement, which he called a "gag order."

Mehta was outspoken both on campus and online about a range of contentious issues including decolonization, immigration and gender politics, garnering both supporters and opposition.

He came under fire for saying multiculturalism is a scam, denying the wage gap between men and women, and dismissing the Truth and Reconciliation Commission as a vehicle for "endless apologies and compensation."

On Twitter, he retweeted a post that said it is "statistically impossible for all Native children to have had a negative experience with residential schools."

The Truth and Reconciliation Commission found that more than 150,000 First Nations, Metis, and Inuit children were taken from their families − often by force − to attend government schools. The commission heard testimony from roughly 7,000 survivors, including graphic details of rampant sexual and physical abuse at the schools, and found at least 6,000 Indigenous children died from malnutrition, disease and widespread abuse.

While his defenders called his voice an antidote to political correctness run amok, his critics said his polarizing comments attacked marginalized people and perpetuated harmful stereotypes.

In a Feb. 26 letter, Mehta’s designated department head, Rob Raeside, detailed some of the complaints against him, indicating that the level of anxiety in the class was high and some students had stopped attending.

Raeside said students have accused Mehta of spending excessive class time on non−class related matters, using non−academic sources for lecture content, testing on content not dealt with in class or in assigned readings and making provocative comments in class.

The acrimonious debate has spurred a Halifax−based activist to launch a petition demanding his removal from the small−town Nova Scotia university, while a counter−petition called for him to stay in the classroom as a beacon of freedom of expression.

In March, the Canadian Association of University Teachers appointed a committee to review how Acadia handled grievances against Mehta to determine whether his academic freedom had been breached or threatened.

"Professor Mehta’s case raises important questions about the scope of academic freedom in teaching and the exercise of extramural speech by professors," David Robinson, executive director of the association, said in a statement at the time.

"These issues are of broad significance to all academics in Canada."