A Calgary Toddler Was Paralyzed Playing in Blanket Fort 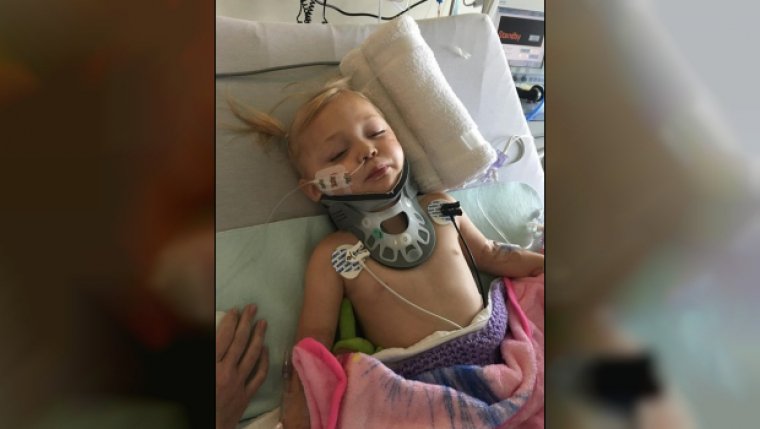 CALGARY — A Calgary toddler is able to move her arm and wiggle her toes weeks after she was partially paralyzed by a shard of glass in a freak accident.

Two−year−old Jaclyn Derks had built a blanket fort at her grandparents’ house in July when she fell through the top and landed on a glass cup.

The cup broke and a small piece went into the back of her neck.

The child’s mother, Kayla Rudichuk, says a surgeon was able to remove the glass, but her daughter’s spinal cord was severed in half.

Rudichuk says the accident caused paralysis on the girl’s left side.

She says doctors don’t have a prognosis, but are impressed with progress the girl is making in hospital.