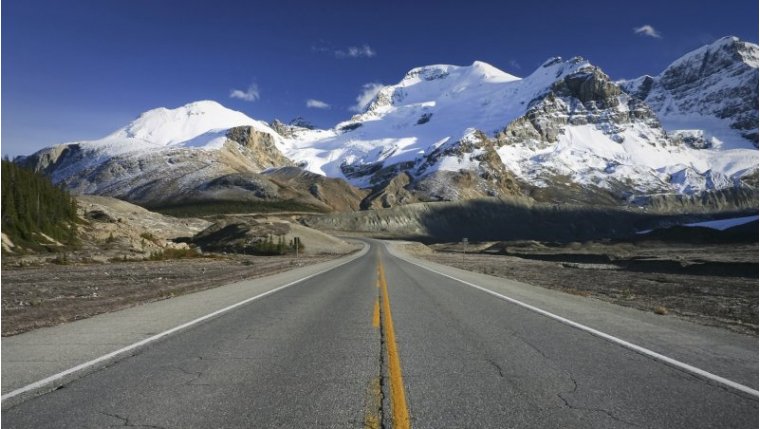 The collision happened about 5 p.m. Tuesday on the Icefields Parkway near the Honeymoon Lake campground, about 60 kilometres south of the Jasper townsite.

A van carrying five members of a family from Louisiana and Texas was heading north when it collided with a southbound vehicle, causing both to start on fire, said RCMP Cpl. Laurel Scott.

All four people in the second vehicle were killed but no details were available about their identities.

Two of the Americans in the van died at the scene and two other members of the family were taken to hospital. Scott said a child in the van was not hurt.

"Miraculously, a young toddler survived with no injuries," she said Wednesday.

Scott said a third vehicle drove off the road to avoid the wreck and two people in that car suffered minor injuries.

Several passing motorists stopped to pull people out of the vehicles, she said, including a retired firefighter from Australia.

Gagan Sidhu of Surrey, B.C., was travelling the highway with his wife and daughter when they saw black smoke and figured it was a forest fire. As they got closer and saw the burning wreckage of two vehicles, he got out to help.

Some people were doing CPR, others were offering survivors juice and blankets, he said. Two men who were injured died as he was at the scene.

Sidhu was handed a fire extinguisher and, with the help of a few others, put out flames that were spreading from the vehicles through grass toward some trees.

RCMP Sgt. Rick Bidaisee in Jasper thanked everyone who pitched in.

"Members of the public were enormously helpful in saving lives and helping everyone they could," he said in a statement.

The Icefields Parkway, officially Highway 93 North, is a popular tourist route, especially in the summer, for those travelling between the resort communities of Jasper and Lake Louise. Winding through the Rocky Mountains, the road passes by glaciers, waterfalls and turquoise lakes.

Rob Jeffrey of Halifax was heading to Jasper with his wife and three young children Tuesday when Mounties closed the section of the highway to investigate the crash.

While other motorists pulled out tents to settle in for the night, he and his family tried to catch some sleep in their rented minivan.

The highway opened again around 6 a.m., said Jeffrey, and as they drove by the crash site there was nothing left to see but burn marks on the road.

RCMP could not provide medical updates on the two Americans taken to hospital.

Crashes on Alberta highways have claimed six other lives in recent days.

Three people were killed Sunday, including a five−year−old, after a truck and an SUV vehicle collided head on near Sylvan Lake, south of Edmonton. And early Tuesday, three people died when a car and SUV crashed near the community of Priddis, southwest of Calgary.