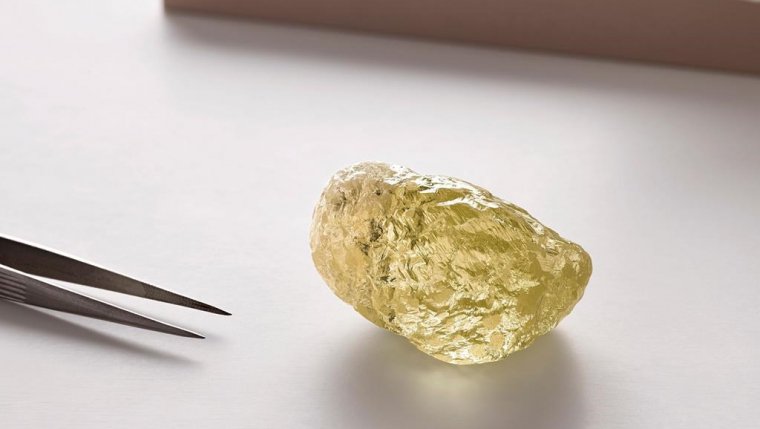 YELLOWKNIFE — A Canadian mining firm says it has unearthed the largest diamond ever found in North America.

Dominion Diamond Mines says the 552−carat yellow diamond was found at its Diavik mine in the Northwest Territories in October.

It says the stone "far surpasses" the previous record−holder, known as the Diavik Foxfire, which was found at the same mine in 2015.

Dominion, which owns 40 per cent of the Diavik mine, says in a statement that the find "is completely unexpected for this part of the world and marks a true milestone for diamond mining in North America."

It says the gem will not be sold in its rough form, and the company will find a partner in the coming weeks to cut and polish the stone.

The company says it’s too early to determine a value for the giant diamond, but the Diavik Foxfire eventually yielded two stones that sold for US$1.3 million.

"The colour and texture of the diamond are a unique example of the journey that natural diamonds take from their formation until we unearth them," Kyle Washington, chairman of Dominion Diamond Mines, said in a statement Thursday.

"Our Diavik Mine has produced some of the most beautiful diamonds in the world, and this one certainly tops the list."

Companies in this story: (NYSE: DDC−N)