50 Geese Killed Near Montreal, Lightening Strike May be Cause 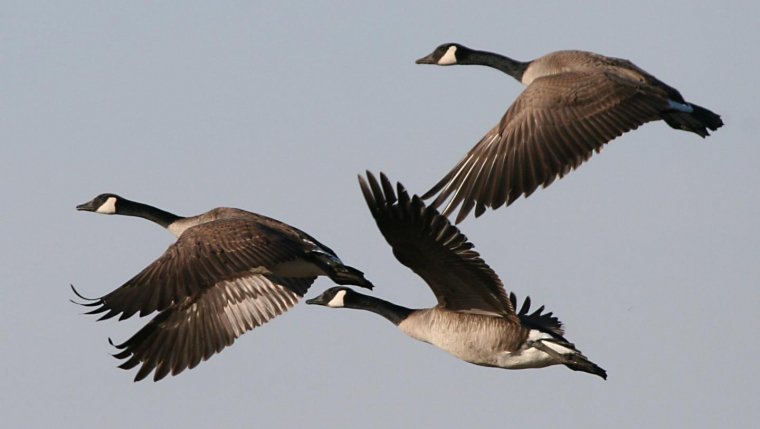 CONTRECOEUR, Que. — A lightning strike is likely behind the death of some 50 geese that were found floating in a river northeast of Montreal, experts say.

Universite de Montreal veterinary specialists were brought in to examine the carcasses that were spotted Thursday morning near Contrecoeur, Que.

Veterinarian Stephane Lair said Friday evening that the geese had small lesions in their hearts that indicated a possible strike.

He said the level of decomposition indicates that they all died at the same time, which rules out disease or intoxication due to a pollutant.

"If it was an intoxication or a disease like a virus, we would have expected to have animals that would have died," he said. "It can be fast enough, but not all animals will die in the same minute or same hour."

There had recently been storms in the area where the carcasses were discovered, he said.

Lair said that while such events have been recorded, it’s the first time he’s seen such a thing.

He said it’s relatively common to see birds struck by lightning in the air when they fly through storm cells, or electrocuted while sitting on power lines, but much rarer to see animals killed en masse on the water.

In this case, the water conducted electricity over a wide area, causing the birds to die without any localized burns.

"It’s been described, reported, but I can’t remember having seeing it before," he said.

He said pathologists will do further tests to confirm the hypothesis, including checking for diseases or toxins.