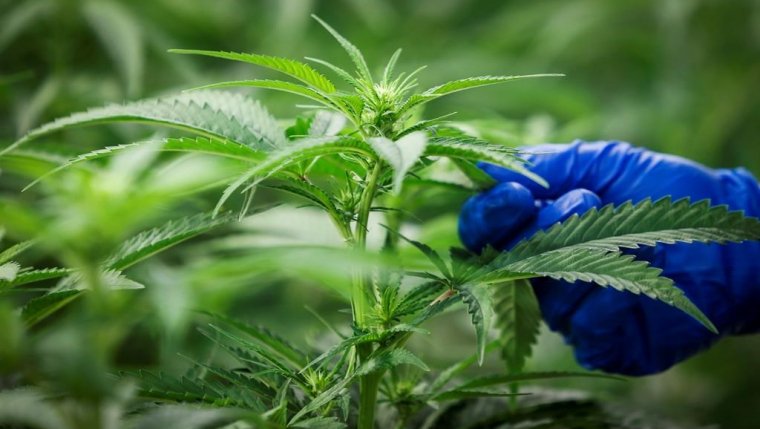 OTTAWA — Canada’s new law legalizing recreational cannabis goes into force on Wednesday. Here are five things about what’s legal and what’s not under this historic piece of legislation:

1. Can’t vote, can’t toke: The legal age for consuming cannabis is at least 18 or 19, depending on the province. The Justice Department says the age restrictions are in keeping with, "a strict legal framework for controlling the production, distribution, sale and possession of pot." Of the three priorities the department cites for accomplishing those goals, the top one is keeping cannabis "out of the hands of youth."

2. If you missed that point, the slammer awaits: The law builds in features that the government says are designed to keep young people from using pot. The act creates two new criminal offences for giving or selling cannabis to a young person, or using a youth to "commit a cannabis−related offence." If you’re convicted of either, the penalty could be steep: a maximum prison sentence of 14 years.

3. Mad Men stand down: The law prohibits advertising marijuana or doing anything to entice or promote its use among young people. It’s the same approach that applies to banning tobacco advertising. That means no packaging or labelling of a product to make it "appealing" to youth. It will also be against the law to sell pot through a vending machine or self−service display. Promoting weed is forbidden "except in narrow circumstances where young people could not see the promotion," says the Justice Department. A conviction on any of this could lead to a fine of up to $5 million or three years in prison.

4. So what is legal? If you are of legal age, you can possess, in public, 30 grams of legal cannabis, dried or its equivalent in non−dried form. It will be legal to share that amount with other adults. It will be legal to buy fresh cannabis and cannabis oil from a provincially−licensed retailer, or online from a federally−licensed producer. It will also be legal to grow four cannabis plants per residence for personal use from a licensed seed or seedling — except in Quebec and Manitoba, which have banned home grown weed. You can also make food or drinks using cannabis, in your own home as long as you don’t use organic solvents to create concentrated products. But it won’t be legal buy edibles or concentrates for about one more year.

5. Leave it at home: It will still be illegal to carry cannabis across Canada’s international borders. That includes when travelling to places where it is also legal, such as the Netherlands. As for the United States — don’t even dream about it. Yes, pot might be legal in some U.S. states, but that simply doesn’t matter. The U.S. border is federally controlled and, under the federal Controlled Substances Act, cultivation, possession and distribution of cannabis remain illegal. U.S. customs agents have sweeping powers to deny entry to anyone suspected of having used the drug in the past — even without a conviction — or planning to use it in the U.S.