5 News Stories You Need to Know This Morning 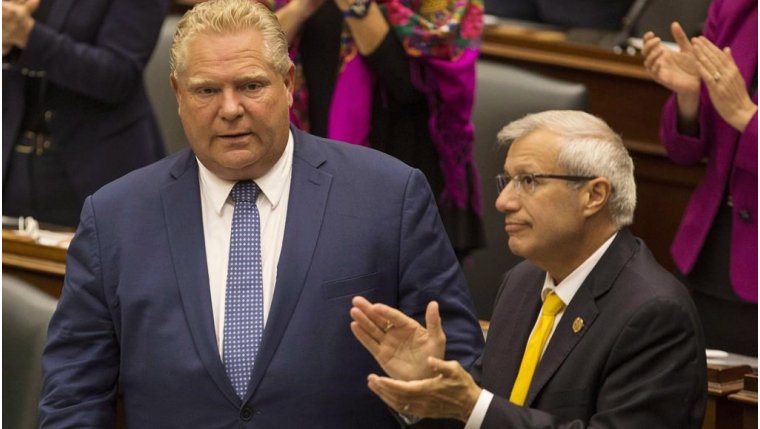 The federal government is shopping around for a retired federal judge to help guide a renewed consultation with Indigenous communities on the Trans Mountain pipeline expansion. The Federal Court of Appeal last month quashed the approval given to the project, saying the consultation with Indigenous communities wasn’t good enough. The Liberals are still considering whether to appeal the decision, but at the same time are looking at how they can do what the court said was lacking in order to get the pipeline work back underway. An official close to the plan said one option being closely considered is hiring a former senior judge, possibly a retired Supreme Court of Canada justice, to advise the government on what would constitute meaningful consultation with Indigenous communities to satisfy the conditions of the court.

The Ontario government will be in court today seeking a stay of a court decision that stalled the province’s plans to cut Toronto city council nearly in half in the middle of an election campaign. Justice Edward Belobaba ruled that Bill 5, which slashed Toronto’s council to 25 seats from 47, violated freedom of expression rights for candidates and voters. The stay application could result in Belobaba’s ruling being put on hold until a formal appeal is heard.

The Royal Canadian Air Force is contending with a shortage of around 275 pilots. It also needs more mechanics, sensor operators and other trained personnel. The Air Force says it is working to address the deficiencies and that they have not negatively impacted operations. Still, officials acknowledge the situation has added pressure on Canada’s flying corps and will represent a real challenge for the foreseeable future.

Immigration lawyers who specialize in border issues say the federal government needs to help Canadians who take part in the legal cannabis industry with issues that could arise entering the United States. The U.S. Customs and Border Protection agency last week said legalization in Canada won’t change the fact that American laws treat marijuana as a banned substance, and industry insiders as drug traffickers. The lawyers say it should fall to Ottawa to help travellers who are taking part in a perfectly legal business enterprise cross the border.

Scientists have successfully tagged a great white shark for the first time in Atlantic Canadian waters. Federal fisheries officials say Heather Bowlby of the shark unit at Halifax’s Bedford Institute of Oceanography tagged the shark off southwest Nova Scotia last week. They say the tag information will assist in understanding white shark movements. Bowlby is expected to discuss her research with the media today.

— G7 environment, oceans and energy ministers will meet in Halifax on the theme of “Working Together on Climate Change, Oceans and Clean Energy."

— Statistics Canada releases the monthly survey of manufacturing for July.

— Arguments to be heard in Edmonton in the sentence appeal of Steven Vollrath, who was convicted and sent to prison for 12 years in the abduction of Richard Suter, who had driven through a restaurant patio and killed a two−year−old boy.

— Football player Jerome Messam to appear in court in Calgary on a voyeurism charge. It’s alleged he videotaped a consensual sexual encounter in November 2016 without the woman’s knowledge.

— The RCMP will hold a tree planting ceremony in Ottawa as part of an expression of regret for the internment of Italian Canadians during the Second World War.