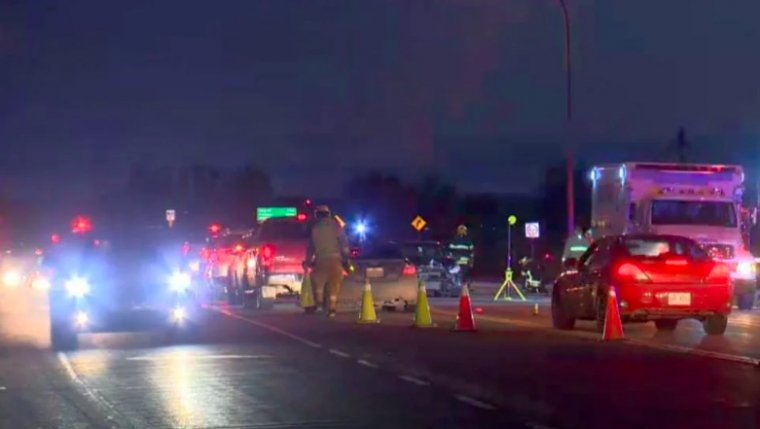 RAYMOND, Alta. — A Mormon church official in southern Alberta says two young football players who were seriously injured in a highway crash this week are recovering, while a third boy appears to have stabilized.

Greg Maxwell, the president of the Magrath Stake of the Church of Jesus Christ of Latter Day Saints, says most of the five players who were hurt in Thursday’s crash have connections with the church.

A statement from the stake to church members says Nate Dick and Mason Stock both suffered head injuries and were airlifted to Calgary, while Jaxon Gruninger suffered a broken leg and neck and was transported to Calgary by ground ambulance.

Maxwell says he has been getting regular updates from the families whose boys are in Calgary, where he says all three are in Foothills Hospital.

He says Stock and Gruninger have made "significant improvements" and Dick, who was the most gravely injured, was at least "not getting worse."

"They’re remarkably well, to be honest with you," Maxwell said about the families who are with the boys in Calgary. "They’ve got lots of support."

Two other youths were sent to a Lethbridge hospital with non−life−threatening injuries.

RCMP say the five players were in a pickup that was entering Highway 52 at a rural intersection when it collided with a another pickup truck that was hauling a trailer.

The driver of the other truck was not hurt, and police are still investigating the crash.

Maxwell said he was driving into Lethbridge on Thursday and saw emergency workers tending to the crash victims. He recognized bystanders and made some phone calls, and when he found out who the victims were, he drove immediately to the hospital in Lethbridge.

"It’s a pretty small community. So if there’s 10 cars stopped I’m going to know who eight of them are," Maxwell said.

"I certainly never dreamed it was going to be those five young boys," he continued. "They’ve all spent lots of time in our home."

"Amazing to see the support across the country for these five boys in the last 24 hours. We are all praying for the kids, family and community," Ralph tweeted.