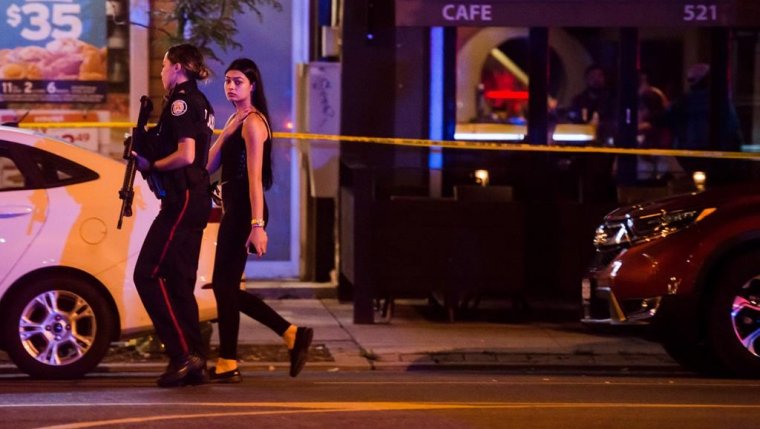 The incident began at about 10 p.m. in the Greektown neighbourhood, when a man armed with a handgun made his way down Danforth Avenue, firing as he went.

The province’s Special Investigations Unit says two civilians were fatally shot, while the man exchanged gunfire with police officers and was later found dead nearby.

Police Chief Mark Saunders says a woman was killed and a girl, aged eight or nine, was in critical condition.

Few details were available about the other victims, and no motive was immediately released.

Prime Minister Justin Trudeau tweeted about the incident, saying his thoughts were with everyone affected.