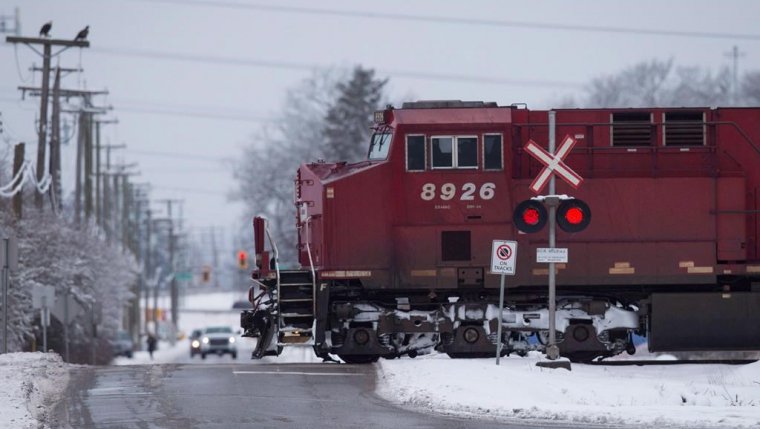 FIELD, B.C. — Three crew members of a Canadian Pacific freight train have died in a derailment near the Alberta−British Columbia boundary.

A spokeswoman with the railway said the crew members died when the westbound freight jumped the tracks at about 1 a.m. MT near Field, B.C.

Salem Woodrow said in a statement Monday that there will be a full investigation to determine what caused the derailment.

"It is with great sadness that CP reports that three crew members on board were fatally injured in the incident. Our condolences and prayers go out to their families, friends and colleagues."

Woodrow said a full investigation will take place to determine the cause of the derailment.

A British Columbia Environment Ministry spokesman said between 30 and 40 grain cars left the tracks in the derailment.

David Karn said the ministry has been told the train’s locomotive is in the Kicking Horse River.

He said the situation is being monitored and there is no immediate word of fuel or other contaminants entering the water.

Sixteen cars of a CP train derailed on Jan. 3 in the same area, which is near the Upper Spiral Tunnels, close to Cathedral Mountain, between Field and Lake Louise, Alberta.

No one was hurt in that derailment.