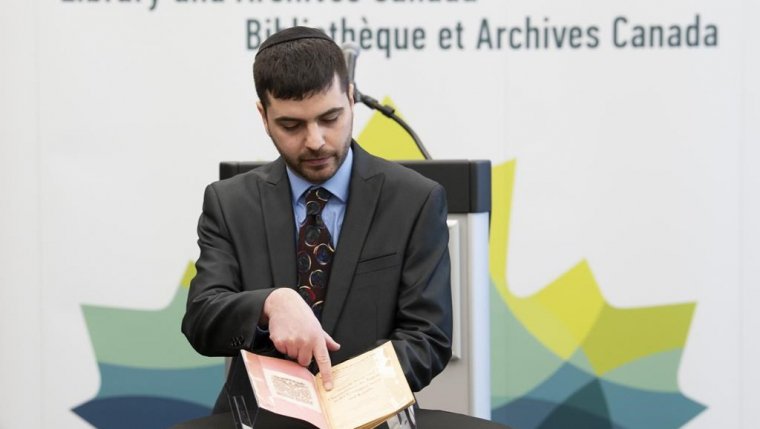 OTTAWA — Canada’s national archive has acquired a rare book it says could have served as a blueprint for a Nazi purge of Jews in North America.

Once part of Adolf Hitler’s personal library, the 1944 volume reports on the Jewish population of certain cities as well as key organizations and printing presses of Canadian and American Jewish communities.

Library and Archives Canada says the research was carried out for German authorities and hints at what might have happened in North America if the Allies had lost the Second World War.

The bookplate features a stylized eagle, swastika and the words Ex Libris Adolf Hitler, indicating it came from Hitler’s collection.

Library and Archives purchased the volume from a bookseller and says it was likely plucked from Hitler’s bookshelves by an Allied soldier.