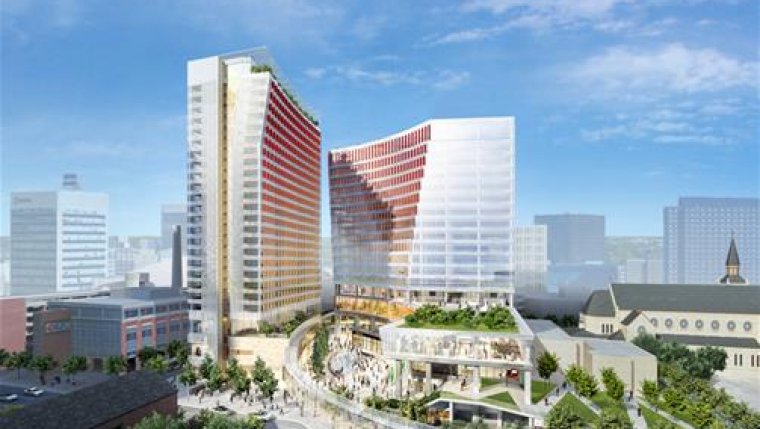 While the Mayor and the Premier can expediently cut a deal to ride the 'Jets are cool, downtown's alive and well' wave and backstop True North Square, it seems the Winnipeg School Board got its budget throat cut without even being asked if they prefer a sharp or a dull blade do the cutting.

One key question newsrooms couldn't formulate from the barrage of rates and subsidy numbers in the walk-on motion the Pallister government strongly suggested Bowman and EPC flip immediately towards council:

Marty Gold asked and got an estimate from a pretty informed source - the Board Chair.

You'd think that Bowman, or some Executive Policy Committee members who were school trustees in their earlier careers, would have stopped and said "Hey! Wait! What about the children?"

Since for some reason they didn't, in this edition of the Winnipeg Watchdog Marty explains how taking in new students from TIFF - backed condos (that won't pay school taxes), affects meeting the needs of existing students.

Hear which old-time schools might be affected, and how area families and their kids might compare financially to the soon-to-be skyline dwellers. Marty also tells of another category of inner-city student that could lose out because of the TIFF deals like this with True North, the kind of students that can least afford it.