Winnipeg Business Profile - The Portal is A “mind-blowing” experience 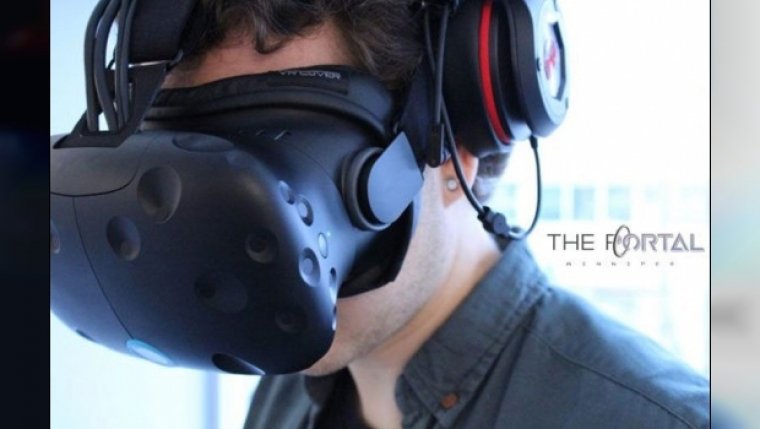 WINNIPEG, MB. - Ah yes, the fear of heights. It’s one of the most common phobias (followed by public speaking) with an estimated three to five per cent of the population suffering so-called acrophobia.

For people with acrophobia, the sheer conversation of someone jumping out of an airplane, going up a ladder, bungee jumping or even taking an elevator can make them feel queasy. Now if only there was a way to tackle these fears without actually having to do them.

The Portal, a virtual reality arcade located in the Exchange District, has the technology to help make this, well, a reality. Whether you want to feel like you are flying without your feet actually leaving the ground, or if you’ve ever wondered what it would feel like to take an elevator to the top floor of a building and then lead you onto a plank high above the ground, The Portal can help you challenge your fears.

Chris Hall is the owner of The Portal and has seen his customers do things they wouldn’t normally try in real life. With over 25 different experiences to choose, Hall says VR has something for everyone. 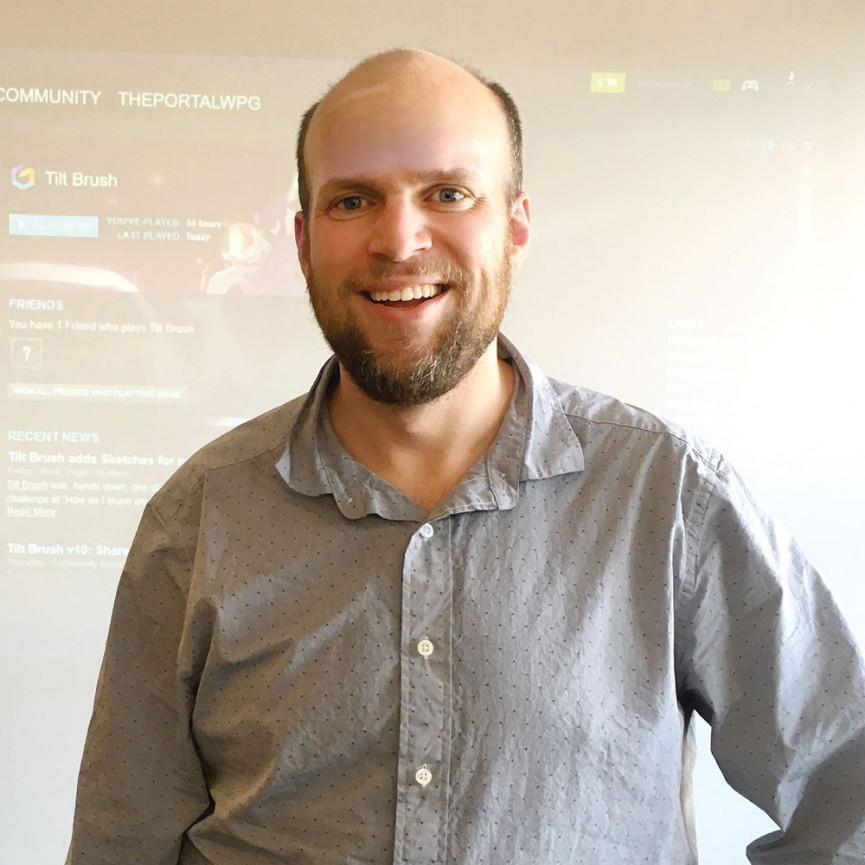 “Most people will hear the word arcade and immediately think of games,” says Hall. “Of course we do have VR games, but we also have VR experiences that can take you to another place, and it’s all really very exciting,” adding many customers who have come to try the VR experience are not gamers.

Hall opened The Portal in October 2016 with his wife after trying a VR set for the first time just a few months previous. When it first opened, there were only four in Canada. Now there are close to 10.

"I was so blown away by the experience that I re-evaluated everything I was doing, and I asked my wife whether I could buy the most expensive equipment in VR that's commercially available today, and she strangely said yes," said Hall.

“I’ve always been interested in technology, games and computers, but this was a completely different direction than what I went to school for.”

Hall, who hails from London, England but has called Winnipeg home for the past four years, has a master’s degree in applied geographical information systems, which is a computer-based science and technology that integrates computer hardware, software and data to leverage the visual clarity of maps.

“There’s a mild crossover through remote sensing and creating 3D models, but overall this was completely different and something that once I tried it, I needed to do.”

The Portal is equipped with the most advanced and expensive equipment for entertainment use in the VR industry at the moment. Separated into two rooms, the 10 foot by 10 foot space leaves you plenty of room to move around while you’re trying out different experiences.

The sensory experience is full-body. After you put on the headset, you are handed two controllers which now become your hands. You then have the ability to move around in this virtual world that responds to you. Inside the booths, players have a 360-degree view of a different world as soon as the headset is turned on. Whether you choose to have an underwater experience, or you are ready to fight off zombies, you’ll feel like you’re there. 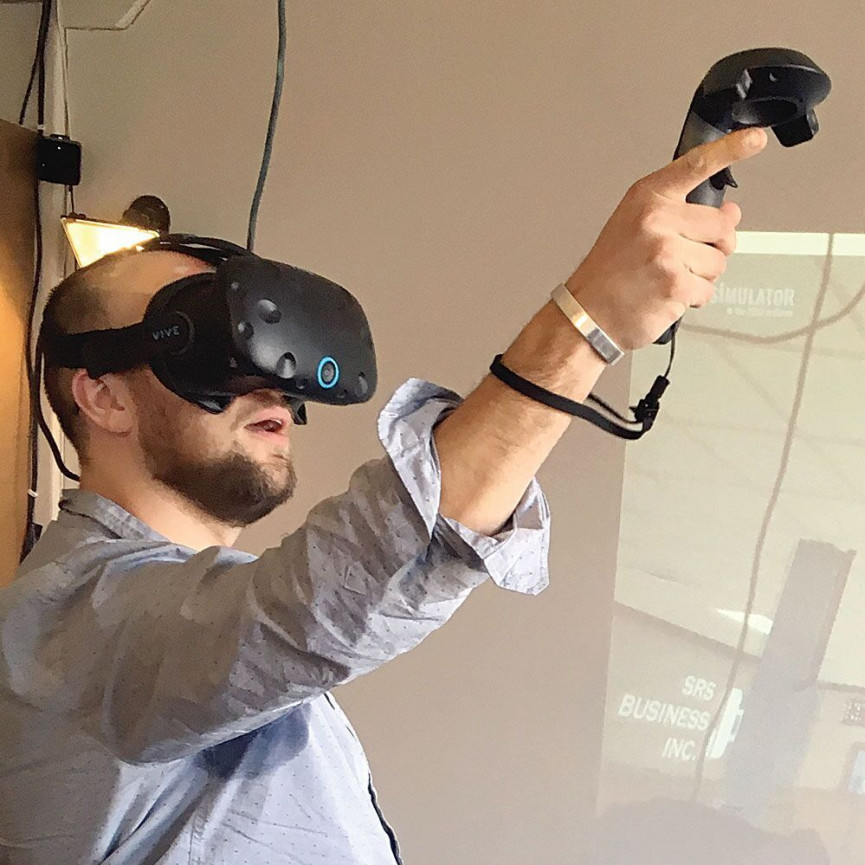 “It feels real,” adds Hall. “Everything around you is in 3D, so you can walk around the environment and discover new things, and you actually feel like it is happening.”

The cost is just 50 dollars an hour for two people, with a 10 dollar charge for each additional person. Even though there’s only one headset between the group, everyone who has come to The Portal has said being a spectator is as much fun as being the one with the headset, says Hall.

“Watching a buddy that looks like they’re 160 metres high in the air and they’re actually just walking along this mat, and seeing how terrified they look, it’s actually really entertaining for everyone who is there.”

The entire experience is displayed on a giant projection screen so everyone watching can see what is going on.

When the game is done and the headset comes off, Hall says that’s when people really realize how unique the experience really is.

“Once you take the headset off and realize you’re not on a plank 160 metres in the air, but just in a room on McDermot Avenue, a lot of people take that deep sigh of relief.”

The equipment and games can be tricky to use, and Hall suggests a minimum age of seven, but leaves it up to parents to determine whether the equipment and content is suitable for their kids, adding they’ve also had people in their 80’s try it who loved it as well.

As business continues to grow, the group sizes have been growing as well. The Portal has hosted kids parties, work parties, stags, and stagettes just to name a few.

In addition to the ‘fun’ side of VR, Hall sees a lot of potential in other areas as well.

“I see huge potential in the medical field,” says Hall. “How this can help kids with autism learn in a controlled environment and what they may see in real life.”

“That’s just one of many potential benefits that we may see from the world of VR.

Manitoba Post is 100% locally owned and as such we strongly believe in supporting all Manitoba Businesses. That's why we're proud to present Business Profiles.