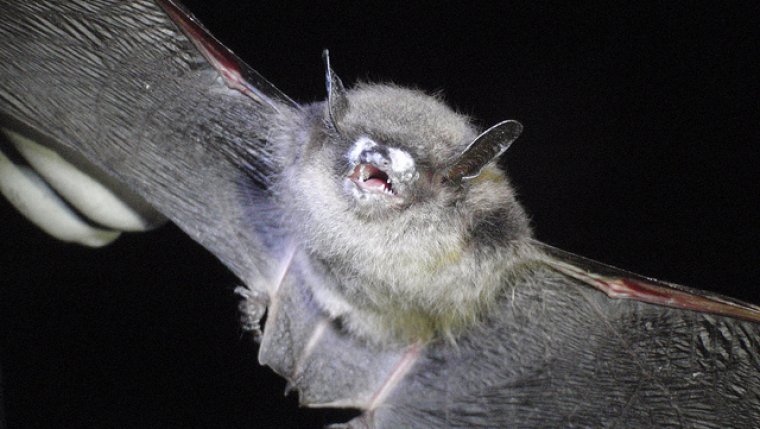 WINNIPEG - The first case of white-nose syndrome in bats in Manitoba has been identified after testing confirmed the disease has been found in bats in the Lake St. George area.

Manitoba Sustainable Development said in a release, that there is no known health risk to people, but the public is being asked not to enter caves where bats might be present, to prevent the spread of the fungal spores that cause the disease.

People should avoid touching bats, living or dead, as they could carry rabies. White-nose syndrome is a fatal fungal infection that causes bats to wake up from hibernation during the winter. Without food, the bats die from starvation and hypothermia.

White-nose syndrome was first confirmed in North America in New York State in 2006, and has spread across the northeast United States and into Canada. The Manitoba discovery was made by a research team from the University of Winnipeg’s bat lab as part of their annual bat surveillance and confirmed through analysis of samples sent to the Canadian Wildlife Health Cooperative.

Bats are an important part of Manitoba’s biodiversity, eating insects and helping to control pests that are destructive to forestry and agriculture sectors. The province will continue to work with co-operating agencies, such as the University of Winnipeg, to monitor the extent and impact of white-nose syndrome.

People are asked to report summer colonies of bats in buildings, bat houses or other locations or by reporting the site or any unusual bat deaths to the nearest Manitoba Sustainable Development office or online here.