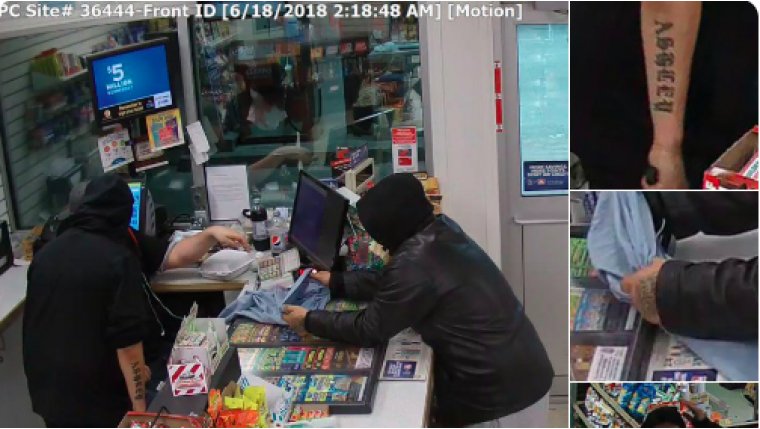 THOMPSON - RCMP in Thompson are asking for the public's help identifying two men who robbed a store at knife point, scene in the pictures below. 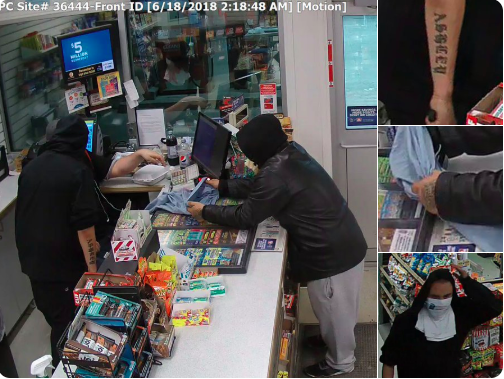 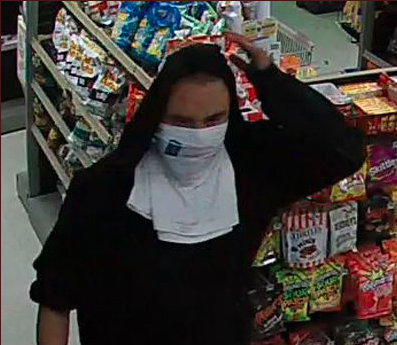 Police sad that on June 18th of this year, at 2:30AM, two men entered a business armed with a knife and demanded cash, cigarettes & lottery tickets. 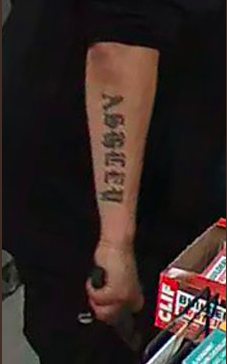 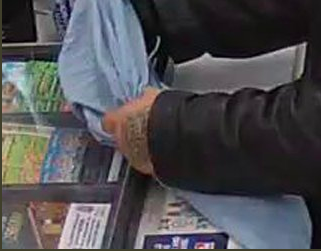 Both men, caught on security camera, had identifying tattoos, one tattoo likely says “Ashley” or something similar.