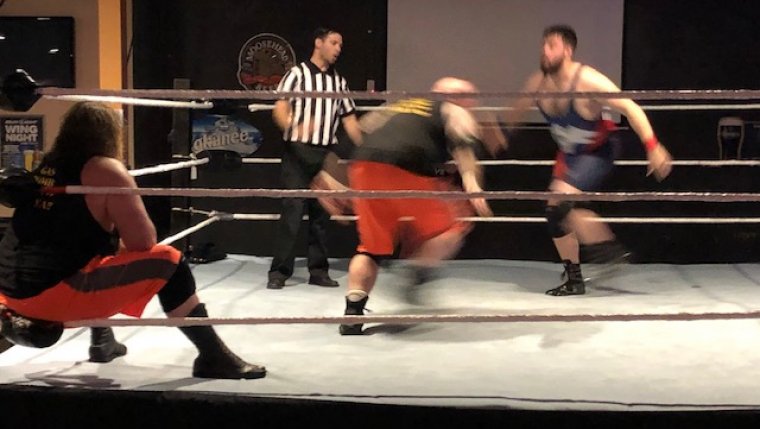 WINNIPEG - Every year Premiere Championship Wrestling puts The Golden Ticket up for grabs, a passport to a title challenge the winner can cash in anytime they wish. This year in celebration of Pride Week, the prize was going to be awarded to the victor of the Pride Rumble at ‘Any Way You Like It’ , a card held Saturday night at Doubles Fun Club in St Vital. 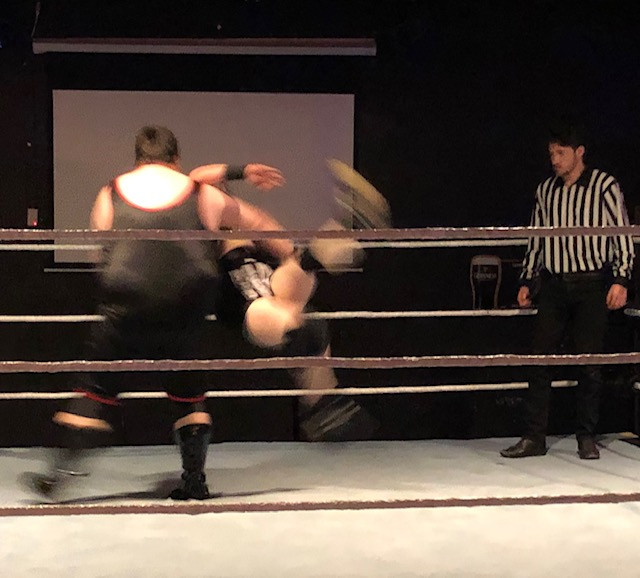 In the opening event David London came back from a brutal beating to vanquish Bruiser O’Doyle and ensure he could face arch-rival Alix Vanna at the next PCW event at Doubles. 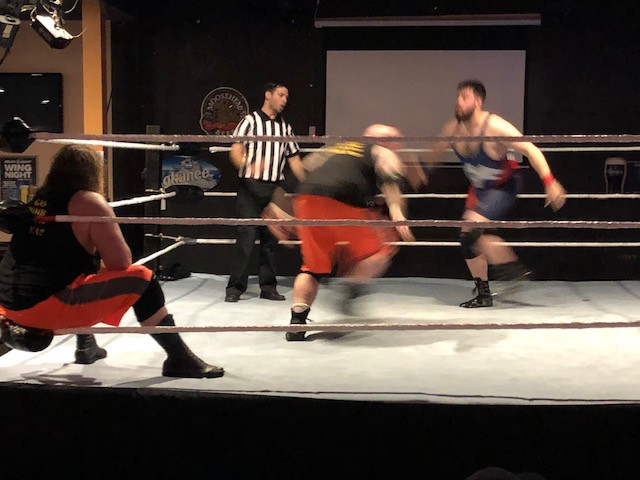 In the second match Darren “The Bomb” Dalton clobbered James Hawk before unleashing a fierce spear at JL Spiker, setting up the win for Dalton and his partner in the Old School Wrecking Crew, Outlaw Adam Knight. They are the #1 contenders in the tag team scene in Western Canada as a result. 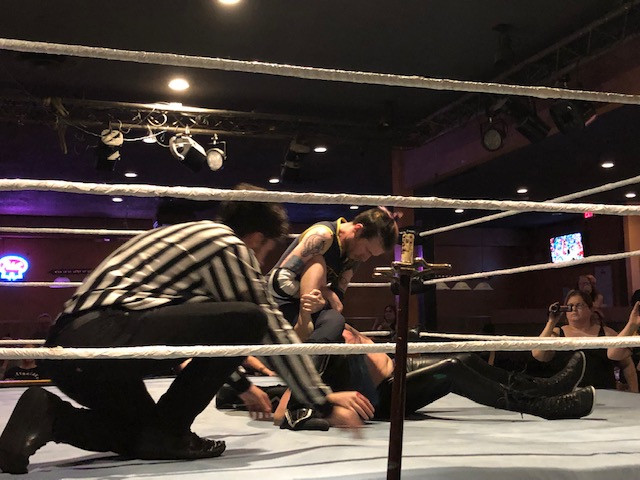 n the third bout Leo London had PCW Canadian Champion Jay Walker tied up in knots but was outmaneuvered and pinned by the clever ‘Glitch in the System’, who had won the belt by cashing in the Golden Ticket in the previous event at Doubles. 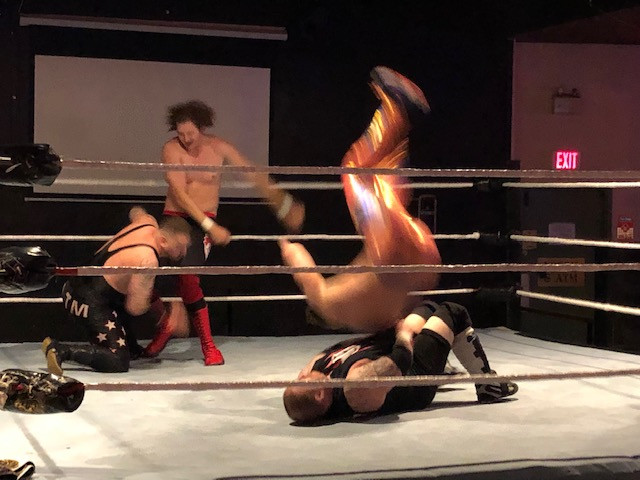 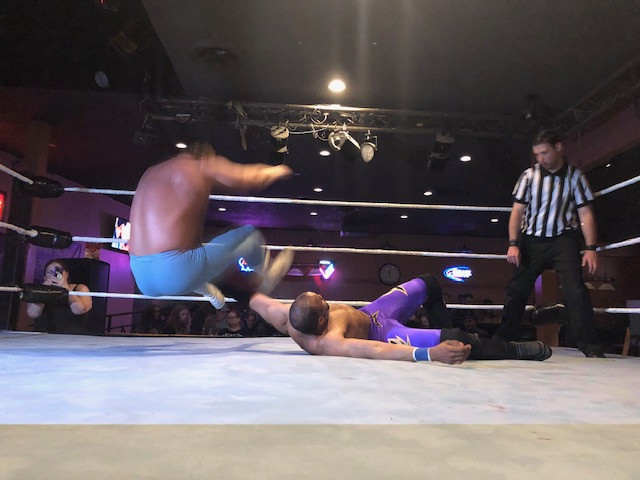 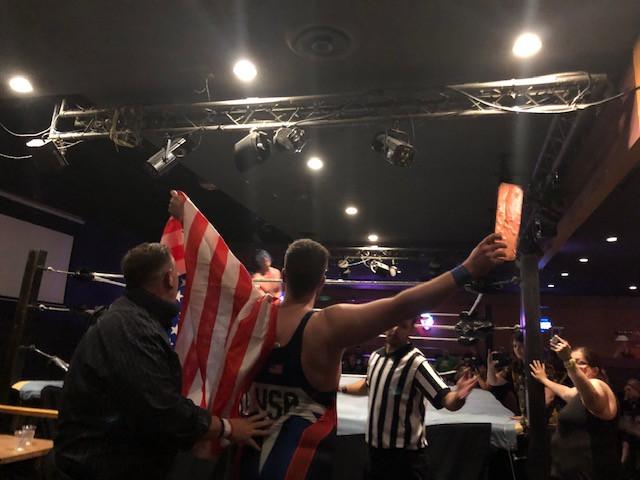 In the finale JL Spiker had a helping hand from partner James Hawk to outlast 17 other wrestlers and eliminate Jay Walker to lay claim to the Golden Ticket, enabling the devious American acolyte to spontaneously challenge for any PCW over the next 12 months and try to steal a title. 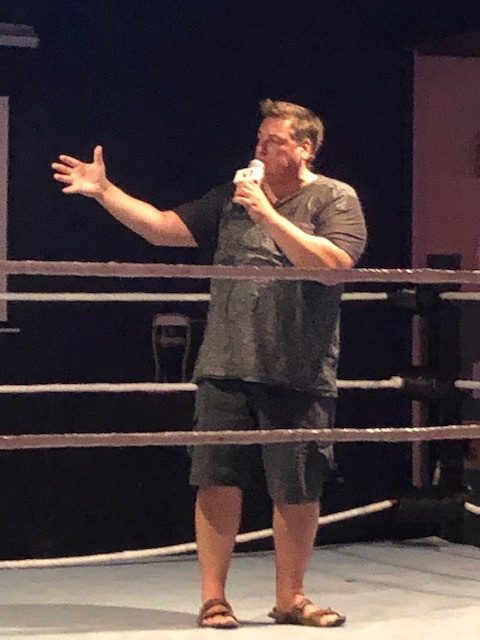 At the conclusion of the card PCW founder Andrew Shallcross thanked the fans for coming out and helping raise funds for the Rainbow Resource Centre, a show of support from the wrestling community for diversity and social services in our city.

{ Marty Gold has been involved as "Dr. Marty Goldstein" in the professional wrestling industry as a writer/producer, TV commentator, wrestler, referee and manager since 1980. To support his sports and news reporting, you can contribute via paypal.me/MartyGoldMedia. His portfolio of wrestling book reviews, interviews and career retrospectives are found online via http://slam.canoe.com/Slam/Wrestling/home.html}