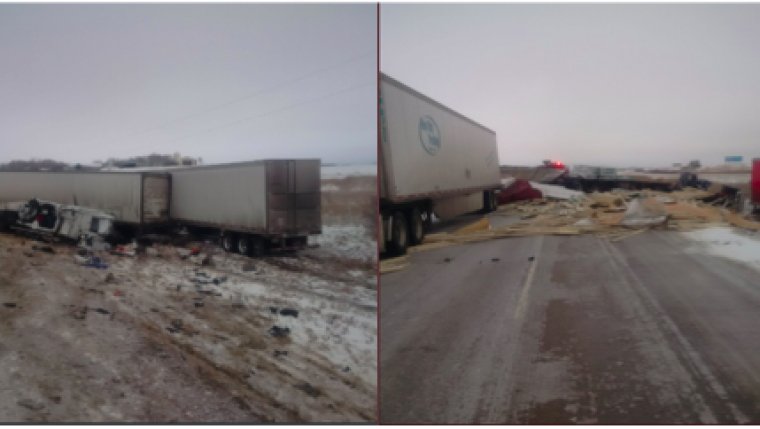 WINNIPEG, MB - The Trans-Canada had two separate collisions this morning. Poor driving conditions were a factor in both collisions that closed off portions of the highway.

One collision included four semi's and a pickup truck. That accident occurred west of Brandon.

Police said a line of westbound semis were stopped along the highway because of weather conditions when a semi driving on the road slowed down to pass them.

However, another semi moving past wasn't able to slow down, lost control and collided with the other semis and a pickup truck, according to police. 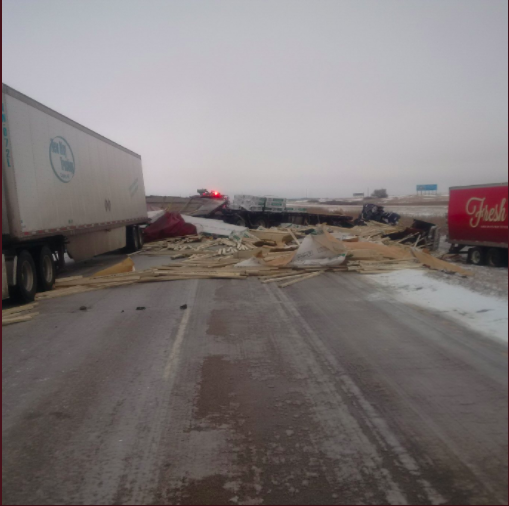 There are reports one man was taken to hospital in Brandon for his injuries, and the driver of the pickup truck, who is 40-years-old, was airlifted from Brandon to Winnipeg and is in stable condition.

RCMP have said a 41-year-old driver from Saskatoon has been charged in connection with that collision.

The second collision, on Highway 1, a semi-trailer, was unable to slow down while passing stopped traffic and collided with a semi in front of it. 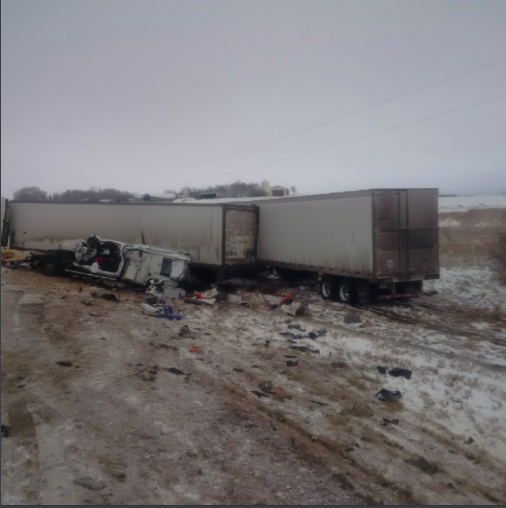 One male passenger of one of the affected semis was also taken to Brandon Hospital with non life threatening injuries.

Police said a 31-year-old man from Winnipeg was charged in connection with this collision.