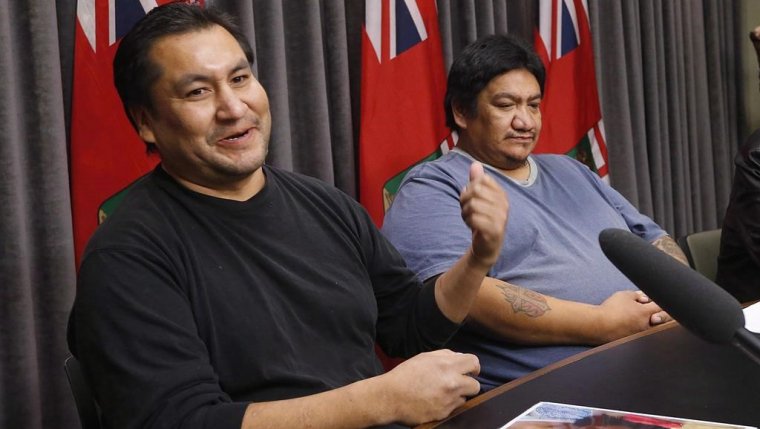 WINNIPEG — The federal government has reached a financial settlement with two of four Indigenous men from northern Manitoba who were switched at birth and only found out about the mixup 40 years later.

Neither Ottawa or the lawyer who represents Luke Monias and Norman Barkman would reveal how much money the men are receiving.

A federal spokeswoman would only say the men are also being offered support services.

"Indigenous Services Canada continues to offer support to the individuals and families who have been affected by these regrettable events," the department’s Edith Pedneault said in an email.

"Settlements of this type are confidential between the parties involved. It would be inappropriate for the Department of Indigenous Services to provide further comment."

Bill Gange, the lawyer for the two men, declined to comment Wednesday pending instructions from his clients.

Monias and Barkman of Garden Hill First Nation, a fly−in community 400 kilometres northeast of Winnipeg, revealed in November 2015 that DNA tests proved they were switched at birth at the Norway House Indian Hospital in 1975.

The men expressed anger and sorrow at having lived much of their lives under the wrong identities and not with their birth parents.

In 2016, Monias said that he and Barkman were often told they looked more like the other boy’s family.

"I thought it was like a joke or rumours," he said at the time.

Eric Robinson, a former Manitoba cabinet minister who has acted as a liaison for the men, said the hospital’s treatment of Indigenous people was wrong.

"Indian people, as we were known then ... received second−rate treatment," he said Wednesday.

Robinson no longer acts as a liaison for Monias and Barkman, but continues to help the two men who have not agreed to a settlement — Swanson and Tait Jr.

"I think that there is still some unfinished business, particularly for the two that haven’t agreed to a settlement, and that includes a formal apology from the government of Canada."

The settlement includes an undisclosed amount of compensation for the parents and siblings of all four men.

An investigation by Health Canada last year said the switches were accidental and a result of standard identification procedures not being followed. Identity bands were not routinely placed on infants immediately after birth.

Manitoba RCMP also investigated, and said no charges would be laid because there is no evidence that what happened was a criminal offence.