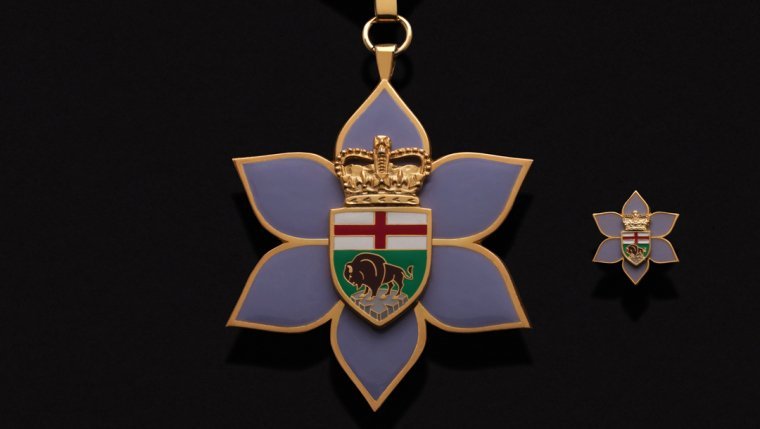 Lt.-Gov. Janice C. Filmon invested into the Order of Manitoba, twelve Manitobans, whose contributions encompass a broad range of endeavors and accomplishments.

The special ceremony was held Thursday in the Manitoba Legislative Building.

The Order of Manitoba, the province’s highest honour, was established in 1999 to recognize Manitobans who have demonstrated excellence and achievement, thereby enriching the social, cultural or economic well-being of the province and its residents.

Those invested at the 2018 ceremony are:

As president and vice-chancellor of the University of Manitoba since 2008, Dr. Barnard has championed the university’s commitments to Indigenous achievement, enhanced research facilities and graduate student support, and diversified academic opportunities for students. During his tenure, the university was invited to join the U15 Group of Canadian Research Universities, was selected as the site for the National Centre for Truth and Reconciliation and has been chosen to hold prestigious research chairs including a highly competitive Canada Excellence Research Chair.

A Métis elder and a military veteran, Michael P. B. Belhumeur co-founded the Urban Knights and Ladies Volunteer Veterans Ambassadors Peace Patrol of Manitoba, a first-of-its-kind volunteer-based, safety promotion and crime prevention organization. Serving the Winnipeg community for 40 years, its focus has been on locating and finding support for homeless veterans. He has also spent countless hours educating young people about Metis art, culture and history.

Jacqueline Blay is an award-winning francophone historian. Her writings reflect the efforts of francophones in Manitoba to preserve their language and culture, and chronicle their important contribution to our province’s history. She has served as president of the St. Boniface Historical Society, Gabrielle-Roy House and the Société franco-manitobaine. She continues to work on completing her series of five books dedicated to promoting the history of francophone and Métis communities in Manitoba.

A citizen of the Métis nation, Barbara Bruce has spent her life working with and for the Métis nation and First Nations’ communities and organizations at the local, regional and national level. She was directly involved in the planning of four Truth and Reconciliation Commission national events. She served on the boards of the National Aboriginal Economic Development Board, the Canadian Council for Aboriginal Business and the Top 40 Under 40, among others. She is a two-spirit elder who follows her traditional spiritual way of life.

A pediatric hematologist/oncologist, Dr. Sara Israels is world renowned for her innovative work in the care of children and teenagers with cancer and bleeding disorders. She led the expansion of inter-professional care, the development of an aftercare program for survivors of childhood cancer, the creation of a provincial bleeding disorders program, and the development of dedicated space for children and their families at CancerCare Manitoba.

A lifelong resident of Gimli and a commercial fisher for 70 years, Robert T. Kristjanson increased public awareness of the growing algae problem on Lake Winnipeg, which inspired several initiatives to address the problem. He also led the implementation of the Canadian Code of Conduct for Responsible Fisheries, has served in the Canadian Coast Guard Auxiliary for 35 years, as well as having a distinguished record of service to a variety of community organizations.

Bernice Marmel has been a long-time champion and advocate for seniors, affordable housing and low-income Manitobans. She helped establish a visiting program and phone service for Deer Lodge Hospital residents, matching volunteers with seniors to reduce social isolation. In 2016, she received the Murray and Muriel Smith Award, the highest honour given by the Manitoba Council on Aging. She also initiated a community project that gave children living in a social housing project the opportunity to voice their needs.

Robb Nash uses music to influence young people, performing at schools, reservations and detention centres across Canada. After surviving a near-fatal accident, he began speaking to youth, playing his songs that are intended to inspire discussion about important issues, such as bullying, addiction, self-harm and suicide. Over the past five years, more than 800 students have relinquished their planned suicide notes to him and hundreds more have stopped self-harming behaviors.

For more than 27 years, Ken Opaleke has been dedicated to empowering disadvantaged youth as the driving force and executive director of West Broadway Youth Outreach, a non-profit organization that helps youth realize their full potential. More than 800 kids participate in the program every year. Among his proudest accomplishments has been never taking a sick day in 30 years and helping two of his former program ‘students’ achieve their dream of graduating from medical school, with another three not far behind.

Dr. Grant Pierce’s research in cardiovascular medicine has brought scientific acclaim to Manitoba through his participation in a series of pioneering studies to stop or reverse heart muscle disease or blood vessel wall injury. He helped develop the Institute of Cardiovascular Sciences and helped found the Canadian Centre for Agri-Food Research in Health and Medicine, both at St. Boniface Hospital.

A physician and researcher, Dr. Cheryl Rockman-Greenberg is renowned for her leadership in pediatric health and her expertise regarding rare metabolic disorders and genetic diseases. Her research benefited the health of Manitobans at risk for certain illnesses, resulting in the development of targeted newborn screening programs and new treatments. This led to early life-changing interventions for many Manitobans including those in the province’s Hutterite, Mennonite and Indigenous communities. In April 2018, she was inducted into the Canadian Medical Hall of Fame.

Appointments to the order are made by the chancellor on the recommendations of an advisory council. Once invested, members are entitled to use the initials O.M. after their names for life and will have their names placed on permanent display in the Legislative Building.

“To reflect on the exceptional leadership and commitment to community demonstrated by the women and men being recognized this year is both gratifying and humbling,” Lt.-Gov. Filmon said. “Whether their contributions are felt here at home or on the world stage, each epitomizes the abundance of talent and spirit of giving that Manitobans are known for.