Trudeau Says Manitoba's Price on Carbon Will be up For Discussion 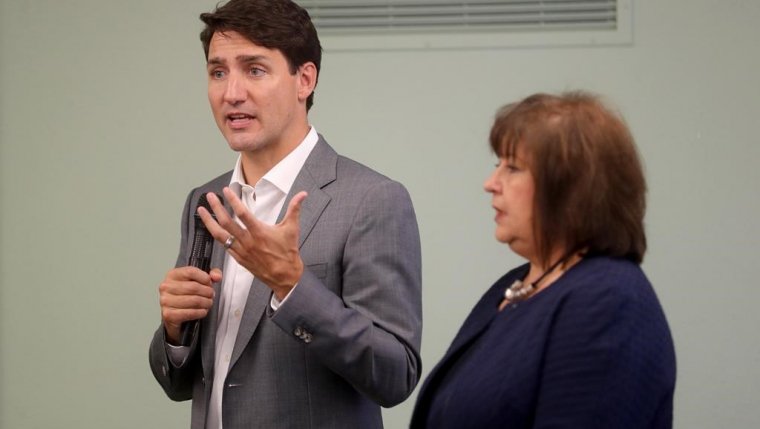 Trudeau was in Winnipeg Tuesday and met with Premier Brian Pallister behind closed doors.

Before the meeting, Trudeau said he is pleased a conservative premier has acknowledged the need to put a price on pollution and understands the need to fight climate change.

Manitoba is adopting a $25−per−tonne flat carbon tax that will not rise to $50 a tonne by 2022 as dictated by Ottawa.

Trudeau said Manitoba’s carbon tax works for now and the two will talk in the coming years to ensure "everyone is doing their part."

He urged Pallister to encourage other conservatives across the country to recognize the importance of having a plan to fight climate change.

"But for now to see a leader, indeed a conservative leader, who understands the need to have a concrete plan that fights climate change and that takes real action that is going to be in the best interest of Manitobans right now and in businesses in the years to come is something that I very much welcome."

After the meeting, Pallister said he and Trudeau remain at odds over the price difference.

"I want respect from the federal government in respect of our plan," Pallister said.

"To have the federal government threaten to ... double up on our carbon tax is not helpful."

Ottawa has said any province that doesn’t keep up with the price of carbon outlined in the federal plan will have a price imposed.

Saskatchewan is asking that province’s Court of Appeal to rule on whether that plan is unconstitutional.

Pallister has said Manitoba has obtained a legal opinion that says the federal government may have the right to force a carbon tax on the provinces, but there may be some wiggle room when it comes to the exact amount.

The premier has argued that Manitoba deserves credit for the billions of dollars it has invested in clean hydroelectric power.

"We are the greenest province in Canada. We deserve to be recognized for our efforts."

Trudeau later spoke to a packed room of supporters at the Fort Garry Hotel during a party fundraiser. Trudeau said the "bumper sticker politics of fear and easy−shouted slogans," need to be rejected and warned the next election will likely feature scare tactics and divisive politics.

"We cannot allow the fear and polarization and the negativity to take over our political stage," he said.